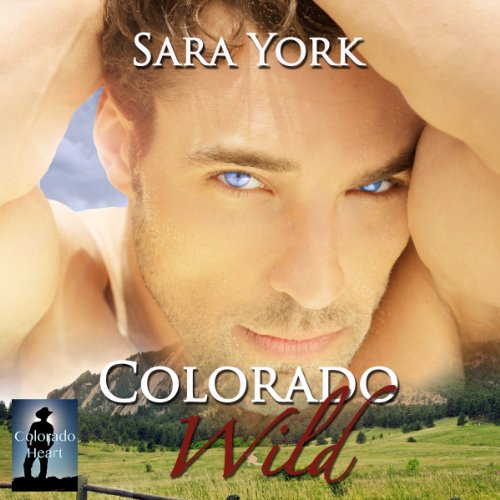 When love sneaks up on you, shoot for the heart. Billy Bradford has a secret, and it's bigger than the fact that he's an assassin. When Tucker Hayes, Billy's "straight" best friend, is injured on a mission, Billy acts in haste, kissing Tucker. Shocked by the act, Tucker runs. But desire is stronger than convictions, leading Tucker to hunt down Billy. The other guys on the ranch are oblivious to Tucker and Billy's actions as they investigate a new target. Grant Stovall is hung up on his ex, but Roger Burk, their new operative, catches his attention and one small touch isn't enough. Meet the cowboys of Wild Bluff Ranch in the first audiobook of the Colorado Heart Series, Colorado Wild.

What listeners say about Colorado Wild

This was not a bad book but neither was it a good one. I will honest, it took me almost an hour to get use to the narration. The vocal inflections almost reached the degree of screeching on a chalkboard for me. The voice of Billy was horrid (in my opinion) and it seemed that the narrator confused the inflections a number of times. The story was all over the place, making it difficult to understand the premise behind the story. When the story first began, with the introduction of Ray into the fold and Grant mulling over his departed partner... I thought the primary characters were going to be Ray and Grant but then Billy and Tucker jumped in there and I gave up trying to determine who the primary characters were. Too many and too much...

Loved the books, the audio not so much

This is an interesting one for me to review because I did find the experience of reading the book and listening to the audio version different. I really enjoyed the book, and the rest of the series I have read so far - 4.5 stars for all the action and the simmering relationships - but the audio didn't sit as well with me.

I wonder if this is because I read the books first and one impression of the characters in my head and it didn't match the narrator and the accents he provided? Anyway, if you are unsure if the narrator, Stan Jensen is for you, do check out the audio sample before buying the book. But if you don't go down the audio path, definitely buy the books!

From my original review....."You need to suspend the disbelief that a high proportion of these elite military men are gay or bi, and just accept that Wild Bluff Ranch is a totally hot place to be!"

horrible voice for this book

The action and love story is great.

the voice was old and It didnt match any character but Duff.

more one on one with the couples. It is a great story. I thought it could have been a longer book. It seemed rushed in some parts.

I listened to the first book but read the second. I enjoyed it better when I read it.

What would have made Colorado Wild better?

Would you be willing to try another book from Sara York? Why or why not?

Not if it is the same narrator

The voices he used gave you the impression of old men..

The story was not bad, but I could not finish the book because the narrator was so terrible.

Story was great but narrator awful the voices terrible and hard to listen to.

I loved the book, the story was really good however the narrator sucked. Some of the voices sounded like they had sucked on a helium balloon (not sexy). It would have been better if he had just used the same voice for everyone

I finally broke down and purchased this book through my romance membership. I had read the summary a couple times but always passed over it. So when I finally decided to listen to it I was excited to start a new series, until I started the book. The narrator is awful. I wasn't able to make it past the first chapter.

This is the second book by this author that I have listened to. I have to say that I am glad that it was not the first. This book could have benefited from a voice actor and not this narrator. I did like the story despite the narration. I am just glad that I did not use a full credit on this.

Did not like the narrator,he was very obnoxious.I know it would have been more enjoyable with someone else. Definitely not listening to anymore with him. Pretty sure I'll be reading the rest of this series,as I've listened to samples of the others,not crazy about listening the narrators they have.

I enjoyed this action filled adventure. The storyline was amazing interesting and full of adventure. The MC Billy and Tucker have a ways to go but they are perfectly matched. Great adventure starting book two. The narration was great.

I loved the background story of the ranch and the individuals who work there. However, the narrator wholly spoilt my pleasure of listening to this audiobook. I stopped and started about three times as his voice grated on me. His Billy's voice was the worst. I can only describe it as a screech.

Moving on, the book is actually really good. The background jobs of the ranchers and the men themselves are all interesting.

I think you need to read this book and then bypass the audio, just listening to book six and a new narrator. What a pleasant difference.

These ranchers are not what they seemed to be. They are a very specialized group and they live together to fight the bad guys under the radar. Billy and Tucker are attracted to each other but their love seems forbidden. While theirs is happening, Grant is also brewing his own romance. There’s action and romance, some scared to come out as gay and others more accepting. There are so many characters, one gets a bit lost in the drama. It’s sexy though.

I could not finish the audio book. I loved the story but could not stomach the voices the reader was giving the characters. They were at best ridiculous if not totally unsuitable. this is a shame since the reader's natural voice (upon whichch I had decided to buy this audio) is far from unpleasant.