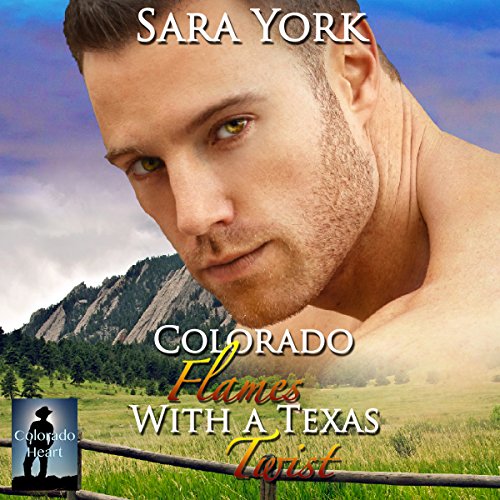 Colorado Flames with a Texas Twist

James Davenport can't help but spy on Brody Medders, hoping to catch a glance of the sexy fireman. But he's not the only one watching Brody. A twisted past of lies, drugs, and deception has caught up to Brody and now he's in danger. After Brody is hit by a car, James comes to his rescue. James values honesty, but there is more to Brody's story than he's willing to share. On Wild Bluff, Marshal is dealing with injuries that have sidelined him. Doubts about their relationship surface, driving a wedge between Zander and Marshal. A mission in Brazil requires Zander's attention, leaving Marshal alone on the ranch. In Texas, Mike Jarred informs Connor Ellison that he's headed to Brazil for work while Connor visits Lane and Gresh at Crazy Hills ranch. When Colorado and Texas collide, you never know what will happen.

What listeners say about Colorado Flames with a Texas Twist

This series gets better and better. The guys are all into the action and James and Brody are heating thing up. This storyline was as always interesting and full of action and adventure. Wild Bluff is the place to be. The narration was great and am starting the next story.

I love this series and this narrator is better than the last one but I'm still not a fan. The voice is too old for these characters.