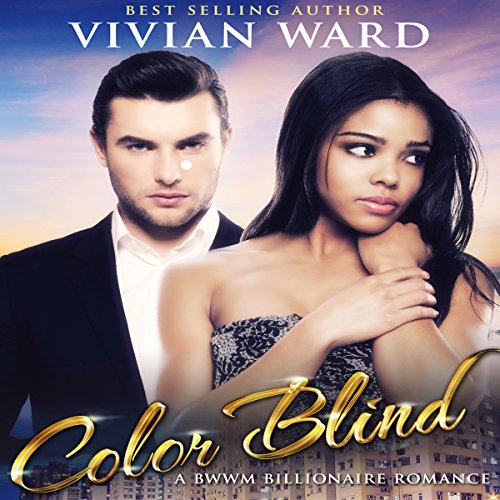 By: Vivian Ward
Narrated by: Aundrea Mitchell
Try for $0.00

Kimberly's life has never been easy. Her three brothers cause her enough trouble by trying to set her up with thugs who refuse to work. At least one good thing came from one of her relationships: her daughter Nevaeh. Swearing off men, she focuses her attention to her daughter, her pride and joy, until billionaire Dale Halloway walks into her life - and refuses to leave.

When Kimberly was little, her father was shot and killed by a crooked white cop. Because of this, her family hates white folks, but that's not stopping Dale. The white billionaire can't get Kimberly out of his head and he's not letting her go that easy. Kimberly struggles to keep her and Dale's relationship a secret for as long as she can. Her brothers would kill him if they knew he was dating their little sister.

When she needs the help of the billionaire, the jig is up and she has to tell her family about her secret relationship with the handsome, built man who would never allow her to say no to him. Disowned by her family, she must decide whether to continue her love affair or remain loyal to her family.

What listeners say about Color Blind

The narration is hard to listen to and not very enjoyable. It is very jerky with odd pauses for things like "he said" or "she said".

I hate writing bad reviews but I have to be honest. The title was very misleading. The story was more about the sick little girl (her daughter), mom’s financial struggle and his money than being “color blind”. The carters where not well developed and the supporting charters (short of her best friend and baby sitter) was unnecessary as they added nothing to the story. Also being a black female from a family with almost the same views, how quickly the family came around was unrealistic. Also the way the writer wrote the story was very hard to follow. I did not know who was talking and the time line, as EVERYTHIG and EVERONE sounded the same. The narrator sounded as if she got the job by knowing the writer and not because this is her profession. I was very disappointed. I unfortunately will be returning this book. I bought another book from this author, now I am thinking of returning it before I even read it. Very disappointed. I really wanted to love it.

The story had such great potential but the narrator just chopped it to pieces. The phrases "I said" or "she said" were used improperly in so many places it just ruined the flow. I don't know if the books are listened to prior to release but this book proves they absolutely should be.
Lady J

The story seems "rough" with the writer repeatedly saying the that the lead character (black female single mother) was never attracted to white males & her family would be upset. Yes there was unfortunately the death of her father by a white police officer.. Which was sad. BUT all her brothers SURELY were dating white females.. The repeating statement distracted the story of just a man attracted to a woman. I really enjoyed how the lead male included the daughter & had concern for her. BWWM are rare so I gave it 3 stars but worth a credit or money??? flip a coin..

Disappointed is an understatement !!!!!!!

This book was not what I expected. I really was expecting a great story but this one just dragged on. Just boring!! The narrator didn't do a good job at all! It's like she was trying to hard. She couldn't even pronounce persuade correct. The voice was really irritating at times. To make matters worse she really did horrible with the male characters. Bad book + bad narrator = disappointment

Don't waste your time. this book is a joke in the narrator sucks... So disappointed!!

this story pissed me off! It centered around the sickness, not the love story. The heroine was getting on my nerves with the"I'm to proud to get help" attitude. I will be requesting my money back for this book, it was just terrible!