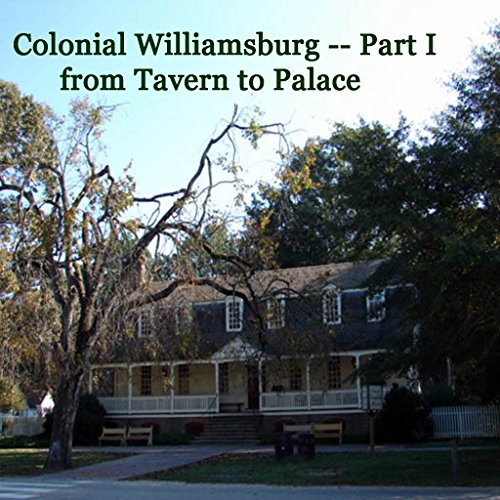 Colonial Williamsburg, Part I - from Tavern to Palace

Colonial Williamsburg, Part I - from Tavern to Palace

The colonial Williamsburg you are visiting is literally a window to the past where we can see in detail the thriving town that served as the capital of Virginia for 80 years. In part one we begin our tour at one of the famous taverns that served the men we know today as our Founding Fathers. Along our tour route, we'll see shops that still provide colonial-era goods. We'll also visit some of the public buildings where the innocent and guilty had their days in court - and where Blackbeard's pirates were jailed! We're also going to see some of the most elegant buildings in town, occupied by some of the most influential men of the colonial era. And, speaking of elegant buildings, we'll end part one at the spectacular Governor's Palace, home to the king's representative and then to America's first governors.