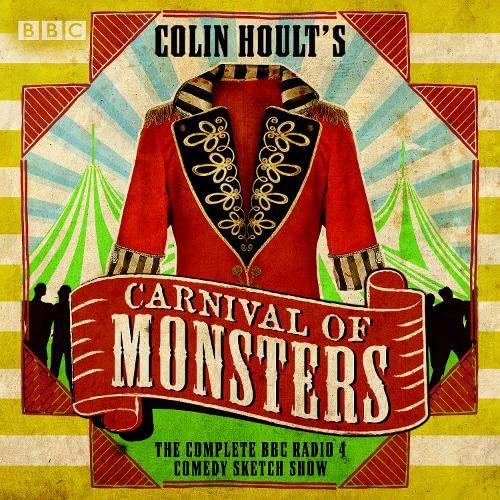 Enter the Carnival of Monsters, a bizarre and hilarious world of sketches, stories and characters, presented by the sinister Ringmaster. Meet such monstrous yet strangely familiar oddities as: Thwor - the mighty (but Leeds-based) god of Thwunder; Len Parker - Nottingham-born martial arts and transformers enthusiast; Anna Mann - outrageous star of such forgotten silver screen hits such as Rogue Baker, Who's for Turkish Delight and A Bowl for My Bottom; and many more.

Writers Guild Award winner Colin Hoult is best known for his highly acclaimed starring roles in Being Human, Life's Too Short and Derek (with Ricky Gervais) and Russell Howard's Good News, as well as his many hit shows at the Edinburgh Festival.

What listeners say about Colin Hoult's Carnival of Monsters

I realise that humour is subjective, but I found this incredibly funny. Some bits more than others, but it just hit the spot with me. I first heard it on Radio 4 and bought it to keep as soon as I saw it on Audible. An excellent listen every few months.

Other than Anna Man who is hilarious the rest is poor and not really thought out for radio/audiobook.

I didn't know what to expect but I found it amazingly funny, full of charm and personality. I only wish there was more.

This is a hidden gem of a comedy show. First heard it on bbc radio 2 when it first came out, I laughed all the way through some of the comedy is pure genius and wonderfully original ideas.