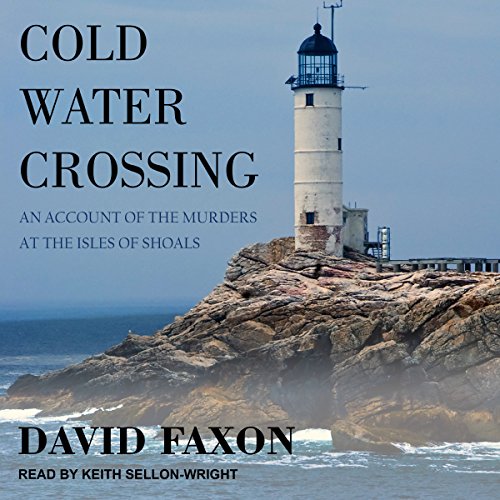 An Account of the Murders at the Isles of Shoals
By: David Faxon
Narrated by: Keith Sellon-Wright
Length: 7 hrs and 23 mins
Categories: Nonfiction, True Crime
4 out of 5 stars 4.0 (5 ratings)

Sometimes a murder story lingers for years after the event. This one has lingered for more than a century, especially in New England. The setting is winter, 1873 on a small, obscure island 10 miles off the coast of Maine.

Three women await the return of their men the following morning. A killer, who learns they are alone for one night, is rowing to their island, across 10 miles of open sea. The next day, a horrific scene is discovered. It stuns the seacoast towns and begins a series of events that are covered nationally in the months that follow.

Recreated from the trial transcript, archived news stories and other sources, Cold Water Crossing tells what happened that long ago evening and why controversy remains to this day.