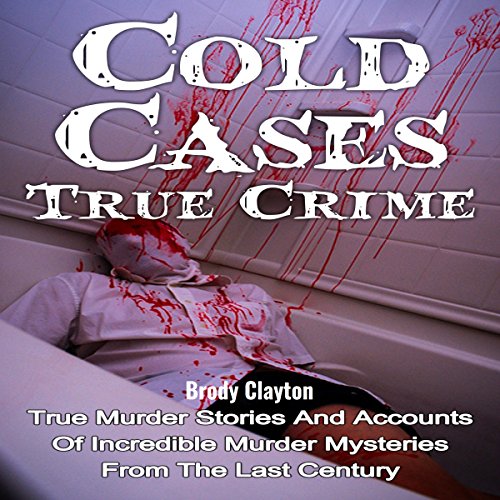 By: Brody Clayton
Narrated by: Lynn Longseth
Try for $0.00

Imagine if you had to wait decades for a crime to be solved. When the murderers are already dead and when the victim's loved ones have already lost so much, will there still be satisfaction?

For the police, cold cases could be considered failures, but for the families left by the victims, it's heartbreaking. They have to live their lives day in and day out knowing that something didn't add up. The cases in this book still perplex the minds of not just the police and the families, but also those who are familiar with the events.

One example: Unsolved Mysteries, a famous show which started airing in 1987, continues to feature many stories of unsolved cases from missing persons, murders, and wanted fugitives, to paranormal phenomena. Each episode, featuring four to five real-life cases, is aimed on publicizing the stories so that witnesses could come forward and report what they knew.

With the show's success and good intentions, it was only natural for the crew and staff to receive letters of admiration and gratitude. However, in December 1993, Unsolved Mysteries received a strange postcard.

The letter from an anonymous person went like this: "Forget Circleville, Ohio. If you come to Ohio, you el sickos will pay." In the end, it was signed, "The Circleville Writer".

Despite the warning, the letter only seemed to have fueled the interest of Unsolved Mysteries, so they dug into what was really in Circleville and found out more than what they bargained for.

Here is a preview of what you'll learn....