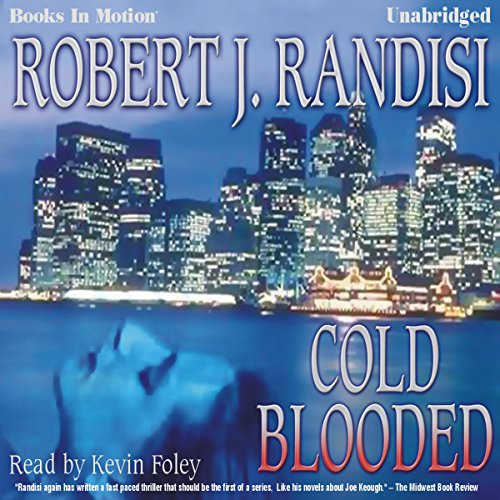 NYPD Detective Sergeant Dennis McQueen has his hands full with a very bizarre case. A series of dead bodies have been found, all frozen - killed by various methods, but disposed of in the same manner. Just a coincidence, or is there a serial killer at work?

Things heat up when McQueen is sent to investigate a body found in the rubble of a fire and meets FDNY Fire Marshal Mason Willis. Willis is investigating it as an arson, but the medical examiner's report makes it obvious that this is a case for McQueen. McQueen and Willis have no choice but to work together.

Will even the combined efforts of the NYPD and the FDNY be able to stop the killer...or killers?

A pretty good read. Not a hang on to your seat for a bumpy ride kind of listen... However, plenty of twist and turns you do not expect. A bit of gallows humor added in, and a very impatient NYPD Detective Sergeant Dennis McQueen has two cases he and his team have to solve.
If you are listening while driving home from work, you will probably go around the block a few times to get to the next chapter.
Nice way to curl up by the fire and listen to a good mystery??? You will not guess ???who done it" until the end.

I liked the hero, Sargent McQueen. He seemed likable and I also felt I might want to read or listen to another novel about him.

I thought he was good but that he did not try too hard to make it dramatic. He did not overselll it.