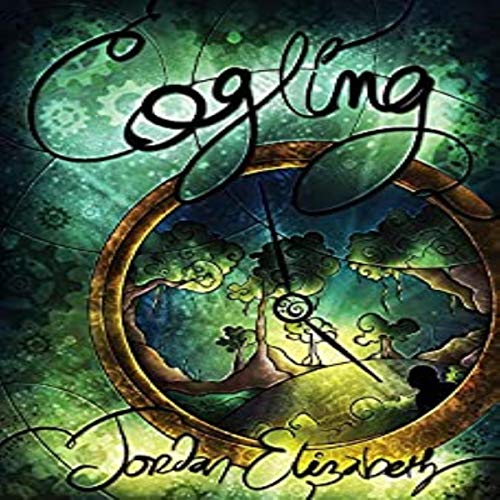 By: Jordan Elizabeth
Narrated by: Emma Belle
Try for $0.00

When 15-year-old Edna Mather tears an expensive and unfamiliar pocket watch off her little brother's neck, he crumbles into a pile of cogs right before her eyes.

Horrified, Edna flees for help, but encounters Ike, a thief who attempts to steal the watch before he realizes what it is: A device to power Coglings-clockwork changelings left in place of stolen children who have been forced to work in factories. Desperate to rescue her brother, Edna sets off across the kingdom to the hags' swamp, with Ike in tow. There, they learn Coglings are also replacing nobility so the hags can stage a rebellion and rule over humanity. Edna and Ike must stop the revolt, but the populace believes hags are helpful godmothers and healers. No one wants to believe a lowly servant and a thief, especially when Ike has secrets that label them both as traitors.

Together, Edna and Ike must make the kingdom trust them or stop the hags themselves, even if Ike is forced to embrace his dark heritage and Edna must surrender her family.

What listeners say about Cogling

One of he most unique books I've listened to

First, thank you again to Jordan for pursuing audiobooks. Were it not for this single choice, I wouldn't have been able to enjoy this wondrous tale (thank you to my severe case of squirrel syndrome).

This has taken the top spot as my favorite work of hers. This was a very distinctive tale compared to those I've listened to in the past. This is a land I wish I could somehow visit. I loved the twist with Rachel and Edna, as well as the relationship between Harrison and Edna.

Also, WOW! The narrator selection for this audiobook is perhaps the single best pairing I have ever listened to. Emma Belle did and absolutely phenomenal job and I don't think there could have been a better choice.

Give this story a listen and step into the very unique mind of Mrs. Elizabeth. 5/5 all the way!

Absolutely wonderful book!I loved it!Emma Belle was a terrific narrator.So,the story,the hags hate the humans,and vice versa.Head Hag,Mother Sambuka is building coglings,like fairy changlings,to take the place of human children she kidnaps.It takes a half hag boy and a girl to find the truth of her plan. was given this free review copy audiobook at my request and have voluntarily left this review.'

After listening to the prequel to this book given to me free to review I purchased this book. I highly recommend this to anyone who enjoys YA and steampunk. Really well written and narrated!

This audio book has a wonderful storyline and a lot twists! Every time I thought I knew what would happen, it didn’t, which is great! The story keeps pulling you in and the narrator did a excellent job.

Cogling is definitely an upgrade to any story you have ever heard about changelings it is well written and creative. Emma Belle did an amazing job with the voices and was very energetic and full of passion while narrating. I highly recommend this book to anyone who loves books about the fae. You won't be disappointed with the introduction to fae that no one ever talks about. Don't miss this book.

Interesting premise, couldn't get into it

The premise of this book intrigued me, but as the title of the review says, I just could never get into it. Was a little too slow-paced for my taste I think. Overall it was a good effort by the author and narrator both, but just not for me.

I was given a review copy of this book in exchange for an honest review.

Hags and Ogres and Dragons, Oh My!

Such a fun book with so many interesting characters and creatures!

Edna and her younger brother Harry must work in positions of servitude to help support their family. When Edna's brother starts behaving oddly, she discovers that he has been replaced by some sort of mechanical version. Edna vows to find him and rescue him, thus begins this exciting adventure. Through a chance encounter, she meets Ike who joins her search for Harry. It turns out that a "Hag" has taken Harry and replaced him with the mechanical version. Ike has a score to settle with the hags as well, motivating him to journey with Edna.

Along the way, readers are introduced to a myriad of fascinating creatures ranging from mechanical spiders, baby dragons, nix creatures, tomtars, ogres...the list goes on, and the author paints a very vivid picture of each and every being. I felt like I was right there in the swamp with Edna and Ike.

I thoroughly enjoyed this book. This author is incredibly creative, and I look forward to reading more of her work. I would call this story more of a grown-up fairy tale. While I think it would be suitable for anyone over the age of 13, I don't think it would hold a younger readers' attention. Also, there are a just a few adult situations and topics that might be upsetting for younger readers, or somewhat inappropriate. I adored how pure-hearted Edna was and her loving devotion towards her brother. I think that was my second favorite aspect of this story, second to my fascination with all the creatures!

The narration of this story really took it up a level. I loved the narration! She really brought Edna, as well as all of the other characters, to life. I wouldn't have gotten the same experience reading this in print (although a fun story in either form).

Kind of Steampunk, Kind of Magical

This was an interesting book. I love the mix of steampunk and magic. It was awesome to see Edna grow from a scared kid to a self-confident almost adult. I loved to see Rachel’s change in personality as well. I enjoyed the book so much that before it ended I was already planning to get the next book in the series. However, it’s a stand alone book as far as I can tell so there wasn’t a next book to get. It had a good solid ending, I just wasn’t ready for it to end yet. I really enjoyed it quite a lot. I received this book for free from Audiobook Boom.

This is the story of a girl who's willing to do anything to help his brother and get him back home.

There are many magical and even mechanical creatures, many dangers found along the way, lies and surprises not eve the reader expects.

Even though I enjoyed it, I found it was information driven. By this I mean the most important element given was the information exchanged in conversations, which led you to unravel mysteries and rescue Harrison. So characters themselves were not as important and were the events that did not happen in the book.

I loved the world and the different magical creatures: hags, some kind of cyborg, coglings, and more that merge the future with the past into an original present.

I enjoyed thia book and found it hard to put down.
Narrator did a great job.