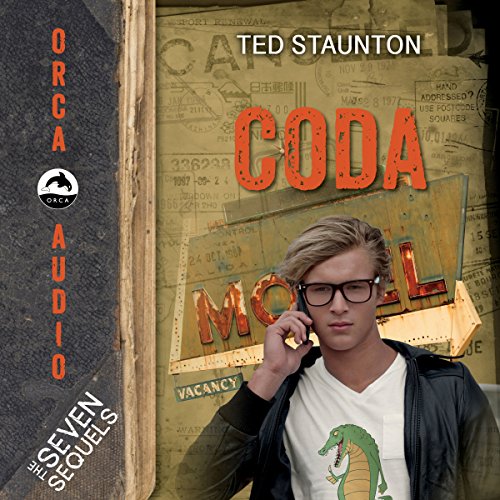 By: Ted Staunton
Narrated by: Mike Spring
Try for $0.00

When his brother Bunny vanishes from the Toronto City Hall skating rink, Spencer, a budding filmmaker, finds himself plunged into the stuff of movie thrillers: kidnapping, terrorists, intrigue, a missing document, a world-famous pop star, disguises, romance and a rogue alligator. As he races the clock to save his brother, he must sort the real from the make-believe and unravel a murder mystery involving his grandfather. The last time Spencer got tangled up in an adventure from his grandfather's past, he didn't believe it was for real. Now he can't get anyone to believe him when he says that Bunny has been kidnapped and that someone is going to die.

What listeners say about Coda