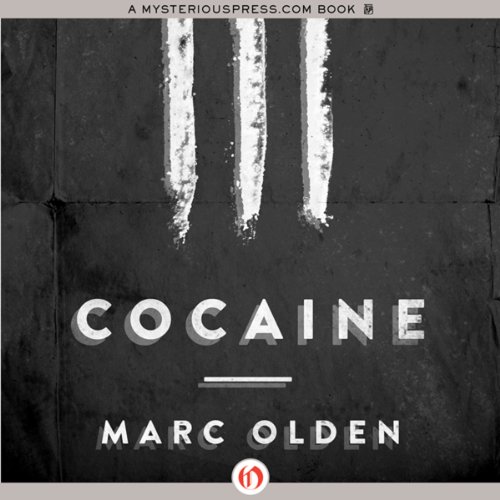 By: Marc Olden
Narrated by: John Nelson
Free with a 30-day trial

A meticulous account of the greatest drug scourge the country has ever seen.

Before crack, there was cocaine. In 1972, New Yorkers bought more powdered cocaine than heroin, and they paid dearly for it. Pimps, rock stars, UN delegates, and high school students all turned on with snow. Some used casually, and some threw their lives away for its fleeting high. The drug’s devotees showed their allegiance with a golden coke spoon necklace - a sign of the wealth required to maintain a habit when the drug sold for as much as $75 a hit. They used it to party, to work, and to have sex. They snorted it, shot it, and rubbed it on their gums. And more and more, they killed and died for the sake of the priceless white powder.

In this staggering exposé, Marc Olden gets to the heart of New York’s cocaine underworld, painting an exhaustive picture of the drug’s effects on society - from the highest highs to the lowest lows.

What listeners say about Cocaine

This is probably one of the worst books I have ever downloaded from Audible. Extremely biased and narrow minded in it's message. Actually it reminded me of some of these US cop shows "he sold drugs - he want be doing that for a long time!". Complete waste of time. If you are interested in knowledge about Cocaine instead choose I am the marked, El Narko or The Candy Machine. Very little information - lots of bs propaganda! Narrator does a decent job but material sucks.