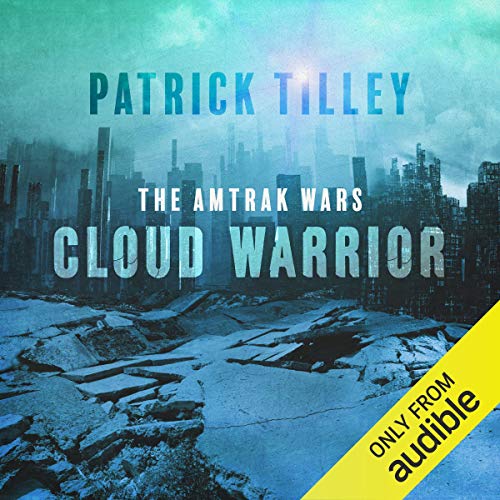 Hundreds of years after civilisation has been destroyed by nuclear war, the Earth is divided between the Trackers of the Amtrak Federation, a community living in vast subterranean cities, and the Mutes, who have evolved to withstand the radiation that has driven their foes underground. A long war for possession of the overground has killed and enslaved many of the Mutes, leaving only the Plainfolk to resist the Federation.

The Mutes' physical strength and tribal way of life is no match for the advanced weaponry that is used against them. Mr Snow, supernaturally gifted wordsmith of the Mute clan M'Call, is the Plainfolk's last hope in withstanding the onslaught of the 'sand-burrower's' attacks.

Seventeen-year-old rookie wingman Steve Brickman is just about to graduate from Flight Academy. Safe in the knowledge of his own brilliance, his future seems assured. As a member of the Tracker society, Brickman has grown up deep underground, protected from the radiation of the blue-sky world above. The lure of this open space fills him with both fear and excitement, as he anticipates piloting his first mission against the subhuman Mutes.

But all does not go as smoothly as planned, as the M'Call clan kidnaps Steve and puts him under the strange tutelage of the mysterious Mr Snow. Captivated by the beautiful Clearwater, and befriended by the stoic Cadillac, Brickman soon discovers that there is more to the Mutes than his masters would have him believe. Eyes now open to the Mutes' humanity, Brickman is torn by a painful divided loyalty. And now, it seems, he has become embroiled in an ancient Mute prophecy, that of the Talisman, the one who will save them all.

Excellent book, I cant wait for the rest of the series to come out on audible. Such a shame the movie stalled too.

Great start to a fantastic classic scifi series from the 80's! Interesting take on a post apocalyptic world in the far future. Very cinematic.
Excellent narration as well. I sincerely hope Audible releases the rest of the series.