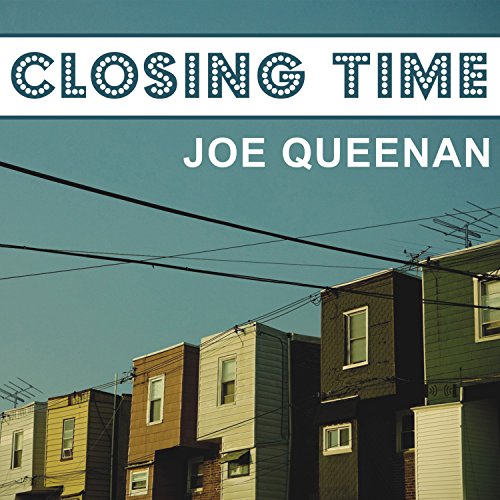 Joe Queenan's acerbic riffs on movies, sports, books, politics, and many of the least forgivable phenomena of pop culture have made him one of the most popular humorists and commentators of our time. In Closing Time, Queenan turns his sights on a more serious and personal topic: his childhood in a Philadelphia housing project in the early 1960s.

By turns hilarious and heartbreaking, Closing Time recounts Queenan's Irish Catholic upbringing in a family dominated by his erratic father, a violent yet oddly charming emotional terrorist whose alcoholism fuels a limitless torrent of self-pity, railing, destruction, and late-night chats with the Lord Himself. With the help of a series of mentors and surrogate fathers, and armed with his own furious love of books and music, Joe begins the long flight away from the dismal confines of his neighborhood---with a brief misbegotten stop at a seminary---and into the wider world.

Queenan's unforgettable account of the damage done to children by parents without futures and of the grace children find to move beyond these experiences will appeal to fans of Augusten Burroughs and Mary Karr, and will take its place as an autobiography in the classic American tradition.

"Somber and funny.... Unsentimental and brutally honest, Queenan's memoir captures the pathos of growing up in a difficult family and somehow getting beyond it." ( Publishers Weekly, Starred Review)

This book only had one rating and it was just 2 stars. This is an amazing book. It is sharp, funny, sad and so acute in its description of growing up poor. The author and his sibs were abused by a drunk father and an indifferent mother. He doesn't whine, he tells about his way of surviving.

some thoughts on a good book


? do you have a difficult relationship with your father ? //
? do you now live a life "miles and miles" away from your childhood ? //
? do you enjoy the intersection of insight and anger and humor ? //

There are aspects of this book that are compelling, mostly the beginning where, as another reviewer points out, we are taken into the grimier corners of Philadelphia and the home of a kid with a loathsome drunk of a father.

There was a sense, to me, of the author standing back at some distant, safe remove, telling us what happened instead of showing us, unlike the Glass Castle (a much more moving memoir), which carried the reader right there along with the author every step of the way.

To be honest, I fell asleep before the end, and I couldn't be bothered to go back for the last hour to hear how it all finally turns out, in part because once our hero is an adult, his story loses interest for me. In much larger part, though, I could not stand the narrator for another minute. His voice is good, but I had the definite feeling that he had not taken the time to read the book once through before going live, so to speak, and I find that irritating. Also, he mispronounces a lot of words, which is a constant refrain of mine. WHY are the publishers so unconcerned about this?!

Joe Queenan's lifelong struggle with the demons of his father's alcoholism makes for fascinating listening. I really love this writer. Unfortunately, this book needs heavy editing. There are hundreds if not thousands of trite phrases. Things stink to high heaven. People are mad as hatters. Queenan's attempt here to exercise his powers as a writer results in an overwriting that is undermined by his curious reluctance to strike out cliches.

... but it's the first word that comes to mind. Maybe the writing should best be described as &amp;quot;Arch.&amp;quot; That blend of hyperbole, exaggeration, and wryness that one finds in most memoirs. Entertaining, but the style made me trot a bit to keep up. Includes many invented words, very clever, useful, very funny. As a retired technical writer myself, I wish I could find better ways to describe this. I suppose all you need to know is that it is entertaining. And fun to read.

P.S., I was born in Philadelphia but moved to the suburbs and stayed there from age 2. There is much here that I do not personally recognize, aside from Ortlieb's, Schmidt's, and Proctor &amp; Schwartz. But that is enough.