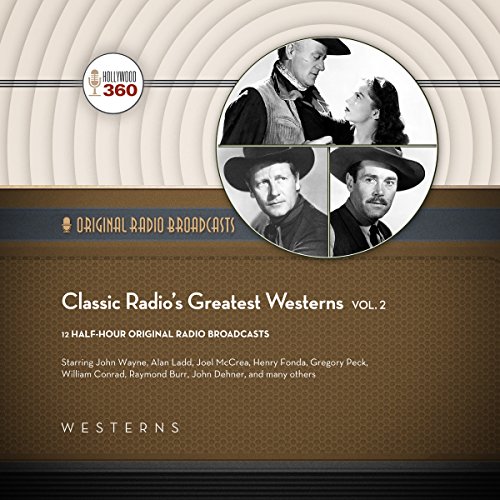 Here are 12 episodes from the greatest Western shows ever broadcast during the golden age of radio! You'll hear William Conrad as Marshal Matt Dillon in Gunsmoke; John Dehner as the man called Paladin in Have Gun - Will Travel; Alan Ladd in a Western tale well calculated to keep you in suspense; John Wayne, Henry Fonda, and Gregory Peck reprising their film roles in Fort Apache, Destry Rides Again, and Yellow Sky; plus other great Western radio episodes, including four episodes of the high-adventure series Escape.

Relive six hours of the best classic radio Westerns of yesteryear and the legendary stars who made them great.