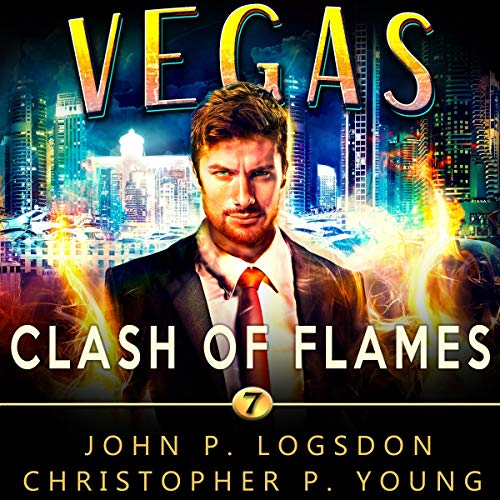 Somebody has daddy issues....

Four amalgamites are searching for their brother, and they're willing to kill the cops in the Las Vegas PPD to get to him. The problem is that there's only supposed to be one amalgamite in existence: Ian Dex.

It quickly becomes apparent that four like him could easily overpower his crew, and so he does the only thing he can think of to ensure their safety. He tricks them. But Ian knows the amalgamites will hunt them down unless they're well hidden.

Unfortunately, he can only think of one place they'll be safe: Hell.

On the plus side, that means he'll get to train with those sexy Netherworld dwellers known as the valkyries. Silver lining. Too bad they're intent on kicking the crap out of him as he prepares for the final showdown.

Will Ian be able to protect his fellow officers, the Vegas Strip, and himself...or has he finally met something beyond his capabilities? And is there something more to all of this that will shake Ian's world to the core?

Buy Clash of Flames for a fun-filled listen in Ian Dex’s world today!

What listeners say about Clash of Flames

My husband and I listened to Clash of Flames together. What a blast! I'd read the book, but hubby had not. It was fun to hear the story read. It was great to see my husband reacting to the more outrageous parts of the story. And I love all the voices John P Logsdon does, it keeps the story clearer in my head when all the characters sound different.