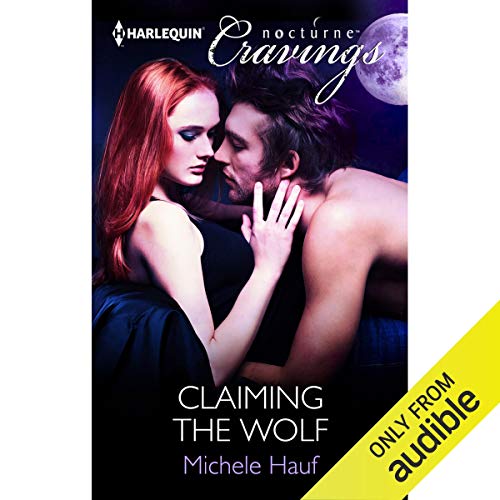 By: Michele Hauf
Narrated by: Kate Udall
Try for $0.00

Werewolf Christian Hart thought he missed the action of battling vampires - until an encounter with vampiress Danni Weber. She bites him during their fight, the worst fate imaginable for a wolf. His pack would banish Hart forever if they find out. Nevertheless, Hart finds himself drawn to Danni, his sworn enemy, a woman he knows is as deadly as she is beautiful.

Then the blood hunger hits. Hart refuses to harm a mortal, even as his desire for blood and sex becomes too overwhelming to fight. His solution: turn to Danni to satisfy his cravings….

What listeners say about Claiming the Wolf

I downloaded this because I'm a huge fan of M.H.'s paranormal romances and I enjoy everything she writes.

Vampiress Danni bites Werewolf Christian and he's not happy about it - that is until he sees her .... and better yet tastes her but the Werewolves take action against them. Lots of sex based around an all too short plot which could have been built on to create a longer story as it seemed to finish too soon.