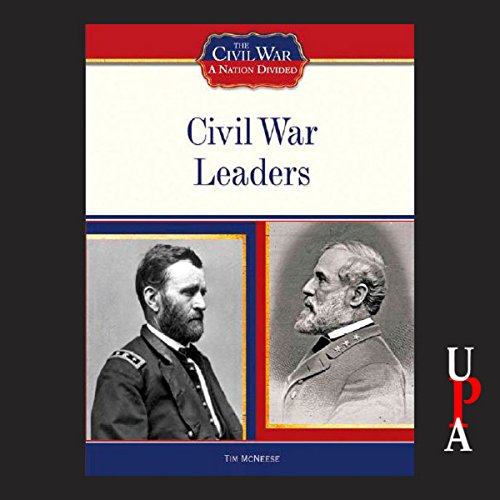 By: Tim McNeese
Narrated by: Bruce Miles
Try for $0.00

Civil War Leaders is an informative introduction to the lives of several of the war's key players. Though historians could name hundreds of political and military leaders who left their mark during the Civil War, this book presents the lives and contributions made by the era's greatest leaders, representatives of both sides in the conflict, Northerners and Southerners alike. While their efforts may, at times, have pitted one against the other, their legacies represent a patchwork of American biographies. Each pursued goals that were set by the course of the nation as it became increasingly fractured.

Through secession and the bloodiest war to date in American history, the United States emerged on the other side of the conflict once again united, its weaknesses healed, and its future more secure than it had been before the ordinance of war briefly ruled the American landscape. Learn about the intriguing leaders of the Civil War era, their convictions, and their decisions during this tumultuous time in American history. The book is published by Chelsea House Publishers, a leading publisher of educational material.