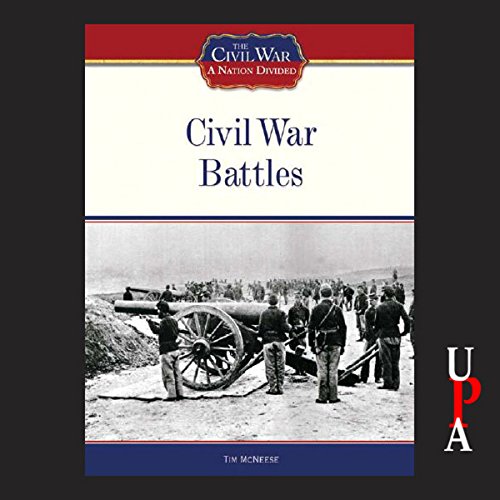 By: Tim McNeese
Narrated by: Brett Barry
Try for $0.00

Civil War Battles is an informative introduction to the subject. For four straight years, the people of the United States fought against one another in a brutal civil war that resulted in the deaths of approximately 620,000 men in uniform. Between 1861 and 1865, more Americans died during this bloody conflict than in all other American wars combined. With fighting across the South and in Maryland, Pennsylvania, Missouri, and Kentucky, some battles proved to be key in the overall outcome of the war.

The clashes between the Union and the Confederates are nearly countless, ranging from minor skirmishes to full-scale engagements that sometimes stretched across battlefields measuring miles in length. Sometimes, these battles displayed the limits of a man's endurance and revealed the honorable manhood of the armies. The story of these battles in Civil War Battles is the story of men who risked their lives for a personal cause and those who made the ultimate sacrifice. The book is published by Chelsea House Publishing, a leading publisher of educational material.

"[N]ot only informational but tell[s] a good story as well...Recommended." ( Library Media Connection)