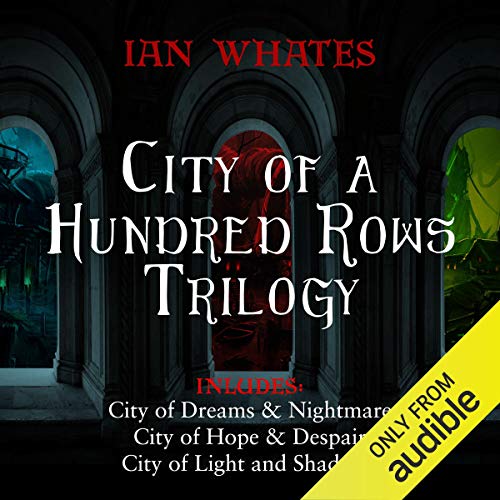 City of a Hundred Rows Trilogy

By: Ian Whates
Narrated by: Mark Meadows
Try for $0.00

Includes the three novels: City of Dreams and Nightmare, City of Hope and Despair and City of Light and Shadow.

They call it the City of a Hundred Rows. The ancient city of Thaiburley is a vast, multitiered metropolis where the poor live in the City Below and demons are said to dwell in the Upper Heights.

Having witnessed a murder in a part of the city he should never have been in, Tom, a lowly street-nick, has to run for his life through the City Below, Thaiburley's unsavoury basement world. Accused of committing the murder himself, he is pursued by sky-borne assassins, Kite Guards, and agents of a darker force intent on destabilising the whole city. His only ally is Kat, a renegade like him, but she proves to have secrets of her own....

What listeners say about City of a Hundred Rows Trilogy