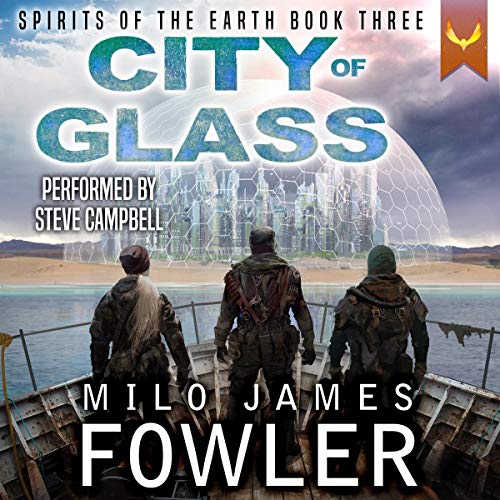 By: Milo James Fowler
Narrated by: Steve Campbell
Try for $0.00

The future is now.

The children of the remnant are adults living in the 10 Domes of Eurasia, self-sustaining biospheres along the Mediterranean Sea. Aerocars fly, clones work as security officers, and every citizen's words and actions are monitored via their neural implants. Peace reigns over all - until a group of terrorists targets government buildings, and Chancellor Persephone Hawthorne is kidnapped.

Sera Chen, Dome 1 law enforcer, is drawn into the conflict after chasing a curfew violator capable of leaping from one skyscraper to another. When her augments go offline due to a localized EMP burst, she starts hearing voices. The band of survivors in North America is fractured. Daiyna roams the Wastes with a bounty on her head, refusing to confront her demons. Samson and Shechara target UW raiders who are pillaging ruins for resources the remnant needs to survive. James Bishop struggles against unexpected obstacles to be reunited with his family. And Luther is determined to find a way into Eurasia to meet the twenty children taken from Eden.

As their lives converge, unlikely alliances will form to combat an emergent enemy with plans to undermine the course of humanity's future.

The Spirits of the Earth Trilogy concludes with this epic final installment. You won't want to miss this!

What listeners say about City of Glass

This was a great finale for the book series. It takes you to the domes where the last humans from the prewar survive. There is some time jumping that will keep you on your toes. It is the familiar story of humans repeating the same mistakes. I enjoyed this book and the series.

it's sad to see a series you enjoy end, but it's amazing to see how it all turns out...
this ending was not the one I would have predicted after book 1 or even book 2...
it brought so much with it from the previous books as well as created several new time segments we explore in the future after book 2...

Steve does and amazing job with the voices and the ability to have several tough burly males have a conversation without it sounding like a deranged monologue is mind boggling...