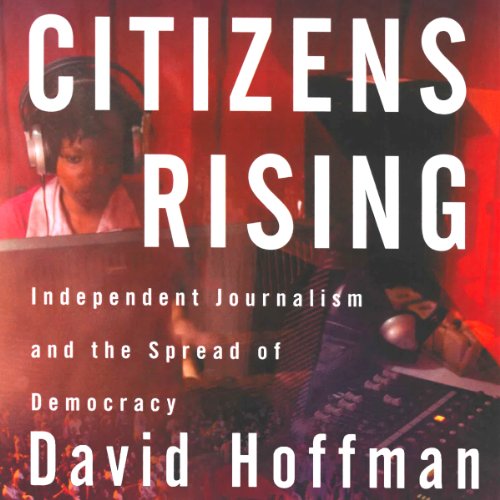 By: David Hoffman
Narrated by: Ben Bartolone
Try for $0.00

From the fall of the Soviet Union to the Arab Spring to today’s continuing conflicts, media have played a decisive role in political affairs across the globe—driving the revolutionary changes shaping today’s new world. This is the first book presenting a comprehensive look at the emergence of media as a primary actor, and not merely an observer, of global affairs.

As founder of Internews, a leading non-profit organization dedicated to information access and independent media, David Hoffman has had a backstage pass to many of the seminal world political upheavals in recent years. In this audiobook we hear how media have been used for good and bad—to trigger genocide, but also to effectively prevent conflict, facilitate free elections, expose corruption, promote nation-build­ing, provide critical information amid natural disasters, and bring about massive social change such as free education and women’s rights. With the rise of digital technology, the power of media to intervene in global affairs is in the hands of everyone—including you. This book examines media’s historic impact and offers a roadmap to the future.

What listeners say about Citizens Rising