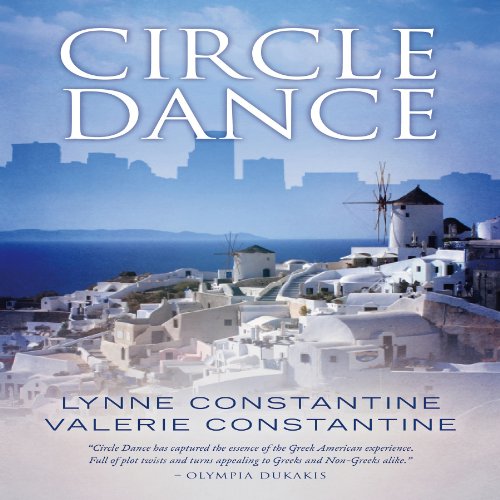 Young, smart and beautiful with everything figured out – or so they thought. Born into a prosperous Greek American family, sisters Nicole and Theodora have achieved the perfect balance between the old world rich in Greek tradition and the freedom of life in America. Headstrong and independent, Nicole plunges into life head-first, too often ignoring the risks. Her talent and astute business acumen make her the perfect heir to her father's empire, but his old-world attitudes prevent him from giving the top spot to a woman. Nicole's world spins out of control when she falls for a married senator who shares her heritage and her dreams.

While struggling to navigate previously uncharted moral waters, she uncovers treachery and corruption that will break both her sister's and her father's heart. The decisions she makes will affect the happiness of those closest to her and will define the woman she is to become. The young and conventional Theodora weds and quickly learns that marriage is not the paradise she envisioned. She must soon confront the growing suspicion that her husband is not the man he seems. Forced to endure the constant disdain and disapproval of her patrician mother-in-law, she resigns herself to the fact that she will always be considered an outsider. As she struggles to succeed at her marriage, she seeks the wisdom and council of her beloved Greek grandmother who has been happily married for over half a century.

Ultimately she must come to terms with the reality of her own life and take responsibility for the role she has played in deceiving herself. As the dramatic plot unfolds, the two young women must confront deceit and betrayal and their own shortcomings – while they struggle to preserve the values they cherish. Set in Baltimore, Annapolis and the tiny island of Ikaria, Greece, Circle Dance provides a view into the lives of a dynamic family that has successfully achieved the American dream without abandoning the customs and traditions handed down through their Greek heritage. Artfully intertwined plots bring generations together in a dance of rejoicing and mourning, loss and healing that will keep readers enthralled until the last page.

What listeners say about Circle Dance

This is the third book I’ve listened to by these two sister authors. I love how all their books have completely different styles. It was easy to listen to, you can listen in one sitting or pick up and put down over time. I guess it was predictable but that’s fine sometimes. I liked the narrator too - narrators are crucial.