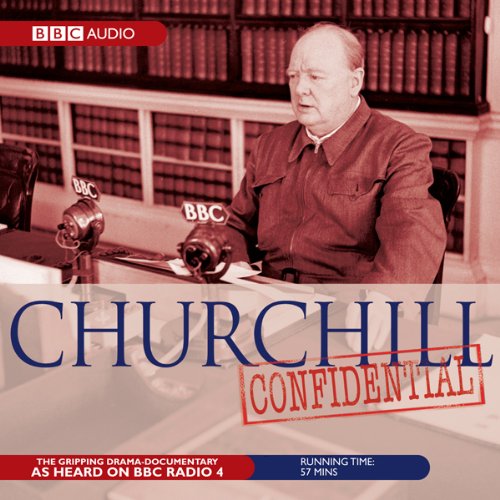 The dusty notebooks of wartime cabinet secretary Norman Brook have lain unopened for over 60 years, but now on the day of their public release, the journalist and broadcaster Charles Wheeler helps recreate the mood of those tetchy cabinet meetings in this fast-moving drama-documentary.

We hear, in their own words, the disputes and fears that Churchill's cabinet had to struggle with during the darkest days of the Second World War. What is now revealed gives a vivid insight into some of the most dramatic decisions taken by that small group of men who shaped the nation's destiny. Members of the war cabinet are played by Hugh Dickson, Jonathan Keeble, Tim Pigott-Smith, David Ryall, David Timson, and Geoffrey Whitehead.

Wonderful ‘fly on the wall’ insight into Churchill’s wartime cabinet.

Having read some of the Cabinet papers in the (British) National Archives at Kew, I can say that this unique set of accounts of what was said by the major British players during their crucial wartime deliberations is fascinating. The narrators are also excellently chosen, creating the best kind of dramatisation, increasing the sense of authenticity and helping you to re-live this history without distracting from the story being told. This is a very short programme created for radio, but it is absolutely worth spending a credit on if you have any interest in Britain’s role in World War II or Churchill himself. This is the kind of programme at which the BBC excels, and I only wish the same thing could have been done at much greater length. #VoicesFromTheGrave #WorldWarII #Witty #Gritty #Clever #tagsgiving #sweepstakes