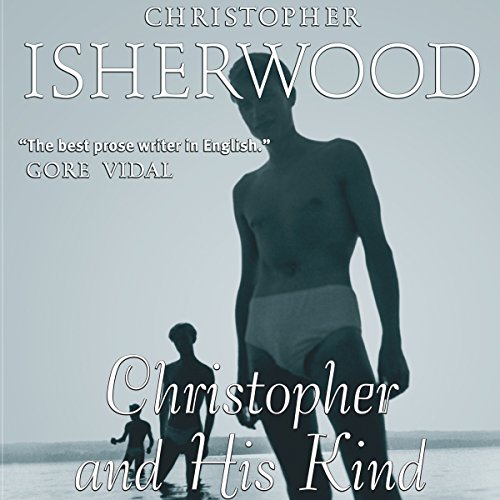 Christopher and His Kind

By: Christopher Isherwood
Narrated by: James Clamp
Try for $0.00

Christopher and His Kind covers the most memorable 10 years in the writer's life, from 1929, when Isherwood left England to spend a week in Berlin and decided to stay there indefinitely, to 1939, when he arrived in America. When the book was published in 1976, readers were deeply impressed by the courageous candor with which he describes his life in gay Berlin of the 1930s and his struggles to save his companion, Heinz, from the Nazis.

An engrossing and dramatic story, and a fascinating glimpse into a little-known world, Christopher and His Kind remains a classic in gay liberation literature and one of Isherwood's greatest achievements.

"Indispensable for admirers of this truly masterly writer." ( The New York Times Book Review)
"Isherwood freely discusses a dimension of his experience previously repressed in his fiction, his homosexuality. And in telling the truth about himself, he ultimately transcends the limits of autobiography to write what is, in effect, another novel." ( The Washington Post)
"The best prose writer in English...The later Isherwood is even better than the early cameraman." (Gore Vidal)

What listeners say about Christopher and His Kind

I have to admit not what I expected

I liked the narrators voice and I think that's what kept me listen for as long as I did.. The story was a 3rd person narrative that seemed more clinical and less story as though I was filling a bibliography. With little more that just the facts man just the facts.

Would you try another book from Christopher Isherwood and/or James Clamp?

Yes I would. I am really interested in the decadence of the 1930s in Germany leading up to World War II.

The theme of being gay in stiff-upper-lip England and working class Germany in the twenties and thirties.

Did Christopher and His Kind inspire you to do anything?

It kindled my interest in Isherwood's other novels and in his real-life story. I contacted a hotel in Japan where he stayed and I've made friends on facebook with the Christopher Isherwood Foundation.