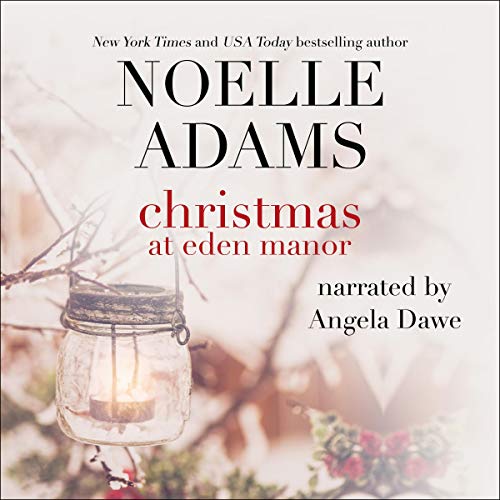 By: Noelle Adams
Narrated by: Angela Dawe
Free with a 30-day trial

Brie Graves might be jobless, living with her brother, and recovering from a painful break-up, but she's determined to enjoy the holidays. Until the end of the year, she's going to do anything she wants to do, no matter how crazy it might be. Soon, she discovers exactly what she wants - to spend a week with a fascinating, sophisticated stranger. It doesn't matter that she only knows his first name or that he's more than 20 years older than her. After this one week, she'll never see him again.

Cyrus Damon has spent his life making money and holding himself to impossibly high standards. Pressured into taking a vacation in Savannah, he's alone and at loose ends, so he lets himself do something he never would have considered otherwise. He gives in to his attraction to a beautiful, free-spirited, and much-too-young woman. But, after the week is over, he'll once more be the man he's always been, left with nothing but the memory of a woman who made him happier than he's ever been.

He has no idea that when he visits his nephew in a charming bed and breakfast called Eden Manor, he'll find the woman he thought he'd left for good.

What listeners say about Christmas at Eden Manor

This was by far the best Eden Manor book, incredibly sweet. I totally didn’t expect an Uncle Cyrus book. I had imagined him as some gray haired 70 something, but clearly I was wrong! Great narration once again.

Audible Escape One of the best short stories!!! If you like the rare older man and younger woman story then this is for you. This is my first and it was so well done. Now l can see how older men can get swept away. The butler steals many scenes, bravo. This is worth a second listen. Ms Dawe does an absolutely fabulous job on this book. I am a huge fan of her narrations. Were my comments of help?

This was by far my favorite in the series! Once I found out it was going to be about Cyrus, I was going to love it. Great story, great narration and just great everything. Thank you Noelle Adam's, you finished with a big bang. Worth every minute.

Christmas at Eden Manor. Quite a good story for one from Romance Package. Enjoying the series.

I am so glad Cyrus gets a HEA. I just thought it would be Grandma Beaufort. As always this story was the best and most emotionally gripping.

I like this writer and this narrator. I’ve been enjoying most of this series, but this book falls flat. It is a May to December romance which is not a preference of mine, but they BANG ON about how OLD he is as if he’s in his twilight years. It comes up so often it becomes tedious and therefore you can’t really engage is the promise of this couple.