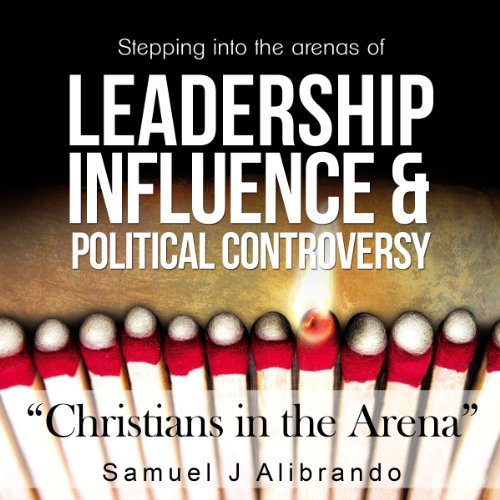 Christians in the Arena

By: Samuel J. Alibrando
Narrated by: Charles Kahlenberg
Try for $0.00

Given the consistent movement away from God's values in America today, this audiobook provides biblical directives on how believers are to act in a morally corrupt society. It clarifies EVERY believer's duty concerning loving others, while at the same time taking a stand.

What makes this audiobook unique is its effort to present a scriptural basis for Christian American citizenship today, rather than the Christian tradition of our nation.

With over 185 scripture quotations, the audiobook is unmistakably for those who believe the Bible. What did the prophets do? What did Jesus do? Are God's representatives confronting moral issues or saying, "Who am I to judge?"

The separation of church and state, embraced by believers and non-believers alike, is clearly uncovered as a great misconception. The well-established Christian practices of American government, for nearly all of its history are briefly yet concisely restated.

The minority anti-God powers are becoming more dominant, while majority pro-Bible citizens allow Christianity to become a virtually outlawed influence by yielding their right to stand for Biblical principles. What has God's revealed will on this subject? This powerful audiobook is a compelling scriptural challenge to those who truly want to be "doers of the Word and not hearers only."

What listeners say about Christians in the Arena