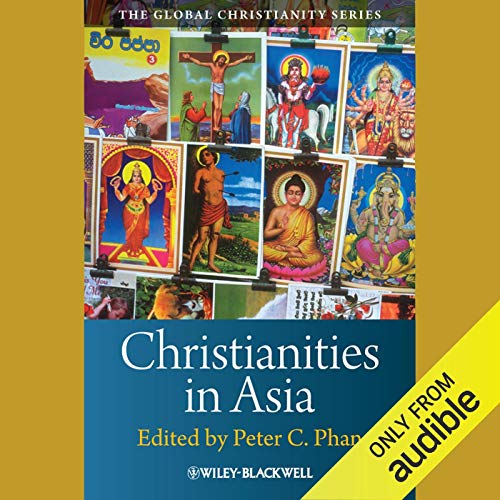 Christianity in Asia explores the history, development, and current state of Christianity across the world’s largest and most populous continent. Offers detailed coverage of the growth of Christianity within South Asia; among the thousands of islands comprising Southeast Asia; and across countries whose Christian origins were historically linked, including Vietnam, Thailand, China, Hong Kong, Taiwan, Japan, and Korea.

Brings together a truly international team of contributors, many of whom are natives of the countries they are writing about.

Considers the Middle Eastern countries whose Christian roots are deepest, yet have turbulent histories and uncertain futures.

Explores the ways in which Christians in Asian countries have received and transformed Christianity into their local or indigenous religion.

Shows Christianity to be a vibrant contemporary movement in many Asian countries, despite its comparatively minority status in these regions.

What listeners say about Christianities in Asia