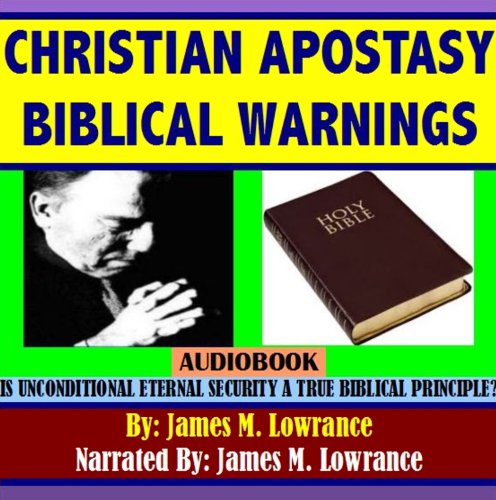 The debate over whether or not a person who has received salvation through Jesus Christ, can become lost again, has been around probably since the beginning of Christianity. It is a very difficult subject and one that contains some very unpleasant aspects and many pastors and preachers choose to bypass the subject for this very reason.

The term that refers to someone who forsakes his faith is “an apostate”. It has caused intense debate among fundamental Christian denominations and sometimes also debate among those of same-denominations, as to whether or not apostasy can truly occur among Christians (leaving one's faith). Obviously the most popular view is that one cannot lose salvation, once they have been saved (born again), regardless of their actions, following their acceptance of Christ's blood sacrifice, by death on the cross for the forgiveness of their sins and his resurrection from the dead, to grant them eternal life. The final authority on this subject however, is God's Word, The Holy Bible.

Within the chapters of this audiobook, I quote many scriptures that warn of Christian apostasy and for perspective, I also refer to many scriptures that assure Christians of ongoing forgiveness of sins during their Christian walk and of their inability to lose salvation if they remain faithful in Christ. Additionally, I give commentaries on these scriptures and I discuss the Unconditional Eternal Security subject, at considerable length.