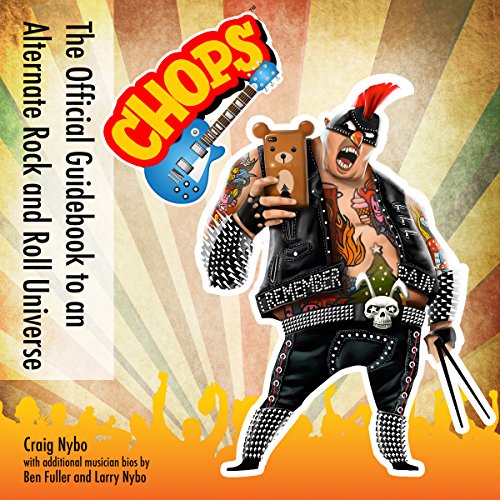 Exposé's on the world's top rockers

Why wasn't Porsche Gain, Punk Cats bass player, charged in her almost unbelievable felony background? How did Blunderbusted, nautical rock band, raise the money to go from zero to hero without heading to prison? Why do Doctor Faraday, Oscar Shinsplint, and The Subhuman (the Electronica Triumvirate) claim that they don't have souls?

Get the answers to these and many other questions in this rock and roll exposé.

From backwoods rockabilly dives to metropolitan place-to-be-seen venues to out-of-this-world electronica haunts, CHOPS is the ultimate guidebook. No matter what your tastes, bar-brawling, chilling with the "in" crowd, or being abducted by aliens, this book can put you in the right place to get in the middle of the action.

Get the lowdown on the whose-who of Rock

Who has undergone speculative bionic surgery? Who has made deals with demons, pirates, or men from outer space? Whose parents aren't necessarily from planet earth? Get in the know on all of the spicy details of the hottest rock stars on the tour circuit today.

Chops: The Ultimate Guidebook has all the information you need to live the ultimate rock and roll lifestyle.