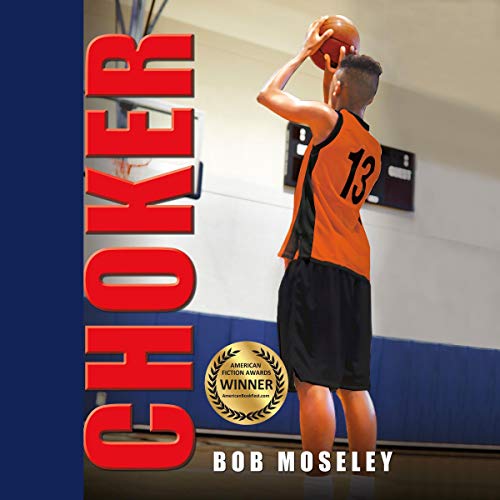 By: Bob Moseley
Narrated by: Peter Kenyon
Try for $0.00

Be careful what you wish for. Sixteen-year-old Mark Chamberlain always dreamed of playing in a state championship basketball game. But he never envisioned a nightmare performance that would bring utter humiliation and scar him as an outcast at school.

Classmates begin to call Mark "Wilt" Chamberlain because he melts under pressure.To top it off, Mark's father won't come to his games. When it feels as though the world is against him, with the support of a beautiful girl, Mark tries to summon the inner strength and courage to be different - just like legendary basketball star Wilt Chamberlain.

With another basketball season beckoning, Mark is given a precious chance for redemption.

What listeners say about Choker

I purchased this for a long car ride with a male teen, but everyone in the car enjoyed the story. The characters are relatable and inspiring for teen listeners. The narrative arc makes sense, and the action is engaging. Moseley writes well and has perfect judgment regarding the selection of topics and their relative emphasis. And it was pretty darn fun. Exactly what we were looking for...