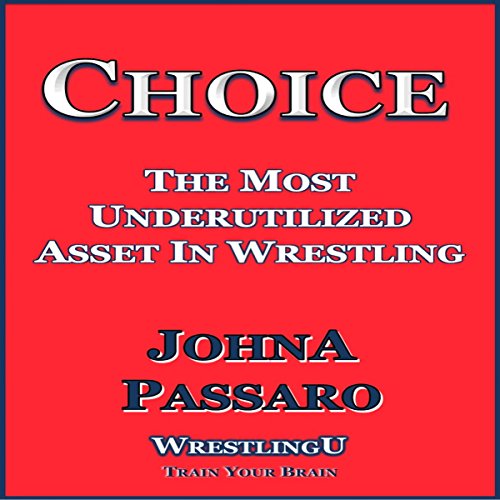 Choice: The Most Underutilized Asset in Wrestling

By: JohnA Passaro
Narrated by: Nicholas Wyatt
Try for $0.00

Have you ever wondered why two wrestlers can wrestle multiple times with drastically different results?

Wrestler A beat wrestler B,

But wrestler A lost to wrestler C?

The answer is hidden in plain sight.

The wrestler who wrestles in his highest advantage position, for the longest time in the match, will have the greater probability of winning.

That is the reason why two wrestlers wrestle multiple times with drastically different outcomes, and why the logic doesn't hold that if one wrestler beat another he should be able to beat the wrestler his prior opponent beat.

If you watch and research matches between the same wrestler's you will see, more times than not, the reason there was a different outcome was because one wrestler was able to wrestle in his highest advantage position in one match and was not able to do so in the other.

Your job is to understand which position is your most favorable matchup position versus your opponent.

Where you have the greatest advantage.

Where you have the highest probability of scoring points as quickly.

And to get to that position.

I believe, you don't get to that position by chance,

I believe, you get to that position by choice.

Choice is part of the WrestlingU Series - Train Your Brain

What listeners say about Choice: The Most Underutilized Asset in Wrestling