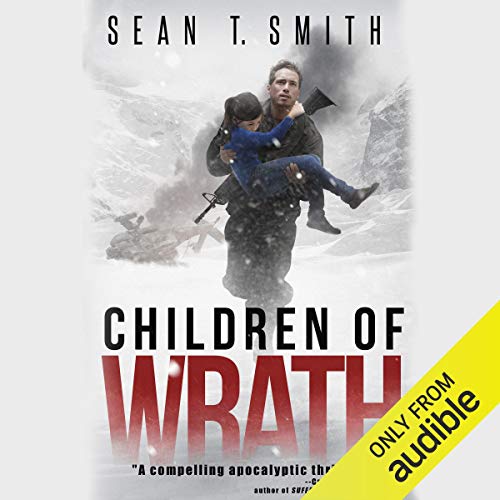 The Fall brought mankind to its knees. After the world war, anarchy reigned across what was once the United States of America. For nine years William has lived a quiet life in the West. Lamar Valley in Yellowstone is wild and beautiful, home to wolves, bison, and bears. In a log cabin on the shore of the Lamar River, William has raised his children.

When Tarantula spreads farther north, the tenuous peace between territories is threatened. Gideon, a man who believes himself to be a prophet of God, triggers a war. William is propelled into battle again, fighting for his own life and the lives of those he loves the most. As events spiral out of control, Gideon's madness threatens to consume the world. From frozen mountain passes to the high desert, William will battle his own demons and an insidious evil he cannot understand. How can light defeat darkness when the darkness comes from within?

Children of Wrath is a tale of faith, loss, hope, and war in a smashed America.

Every talk we get is about acceptance and peace. Anybody that would follow Gideon would be calmly asked to come back and behave like a human being. Some of us may be crazy and blood-thirsty, but that isn't the leadership. Really, man? No sane person would let that crap infest a Temple. It wouldn't happen. Chili is the only redeeming part of the story.

Good story, too much opining.

Enjoyed book one much more. In Book 2, the author spent too much space opining on the characters views on life and perceptions of the world. These deviations from the moment, detracted from the story. I found myself skipping over these.

Did the author of book one write this?

What would have made Children of Wrath better?

Continue the action and survival described in book one. Killer Bengal Tigers, really? 1800 era minded Indian tribes, really? I really enjoyed book one, book two was laughable. I made it to a single digit chapter then called the nice people at Audible and politely asked for my credit back.

Has Children of Wrath turned you off from other books in this genre?

Not at all. I know there is another series that can come close to the Arisen Series, I just have to find it.

Poor guy had NOTHING to work with.

What character would you cut from Children of Wrath?

Highly recommend this book. Great storyline and characters. I like the religious theme throughout the story.

I will listen to the whole series

I found the first book of the series on sale on Audible. I like that one better than this one as it talks more about family life. This one is good, but it's mostly about fighting in a war. I still like it and I will listen to the last in the series. I just don't like it as much as the first one.

Great follow up. Thanks for using the WORD of GOD in such detail. We all can relate to how sometimes we are far from the LORD, but HE never moves. Can't wait for the next installment.