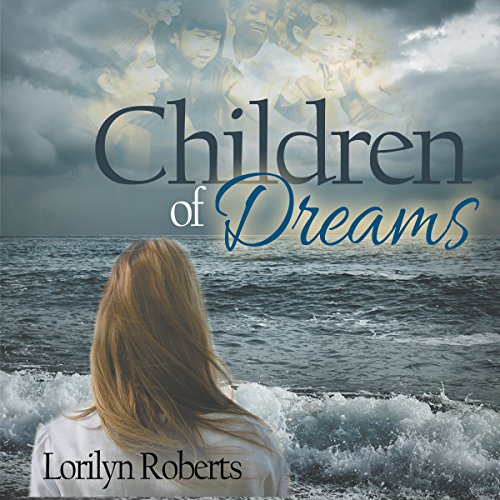 By: Lorilyn Roberts
Narrated by: Rebecca Roberts
Free with a 30-day trial

Lorilyn Roberts' hopes of motherhood came to a devastating end when her husband left her for his pregnant girlfriend. Eight years later, Children of Dreams reveals God's restoration of her dreams through the international adoption of her two daughters. Written as creative nonfiction, an analogy is drawn between the physical adoption of children and God's spiritual adoption as recounted in the Bible. Ms. Roberts skillfully weaves in her own backstory while telling about her adventures in Nepal and Vietnam, filled with political intrigue.

Scriptural insights and reflections interspersed throughout the book show Lorilyn's reliance upon her heavenly Father when all hope seemed lost. The listener will enjoy the vivid descriptions as well as a window into the plight of those struggling to survive where basic necessities may not be available. The adventure includes meeting a future Prime Minister, a missing baby, and many other surprises.

What listeners say about Children of Dreams

I love books that support God’s message and show his on abiding love for us. This book I think is the most heartfelt and honest portrayal of that. She told her story not like she was a victim, but a vector. I love this book if you love family stories with happy endings read this book it is a great Christian autobiography.

To have a dream and see it fulfilled, wonderful!

The author's persistence, never giving up when faced with almost impossible obstacles, and most of all her faith in God helped her to realize her dream.

The author's honesty when sharing her most inner thoughts and feelings let those facing the prospect of adoption know that even though there may be many obstacles they too may someday realize their dreams as well.

Told from the Heart

I enjoyed listening to this book and the journey that Lorilyn shares her journey about adopting her 2 young daughters and the stress that International adoption can bring. Although there was several parts of the story that I enjoyed, I always wonder why people want to complain about how hard it is to reach a particular goal....if it is something you truly want, then you have to work on achieving it-this goes for anything in life, but to sit and complain about the travel, the stay, the food, the kid being ill, the place from which you are choosing to adopt.....why are Earth are you complaining? Would have complained so much if you had given birth, no you would have taken what God gave you.

I am glad that 2 children have found their "forever"home. I was in the system for many years myself and there is nothing like the feeling of being wanted and loved.

The narrator, Rebecca Roberts, has come along way as a narrator. I believe this must have been one of her newer audiobooks, as she has grown so much as a performer. This book would have been challenging for anyone to read and although several names and places were mispronounced, I think she did the best with what she had