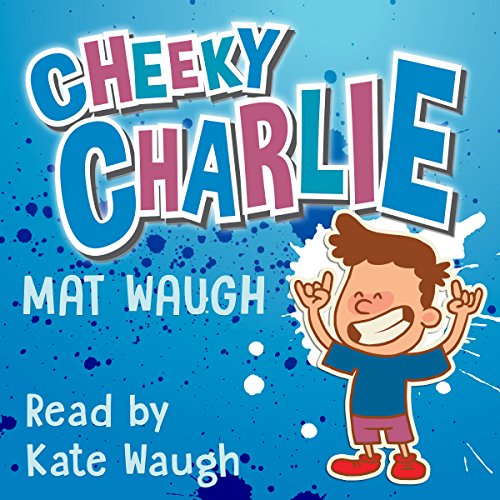 Harry's brother is small, a bit stinky, and old ladies love him. He's also a mischief-maker on an epic scale. His parents despair, and now Harry's had enough.

Granddad's medals are missing for a start, and that incident with the stinky cheese on the plane definitely wasn't Harry's fault. Dad's still blushing after what happened on the waterslide - and why is Charlie wearing someone else's underwear as a hat?

Charlie's hilarious adventures are for children who love mayhem, and will hit the spot with older brothers and sisters everywhere.

This book was a great listen for me.and my son.

My son especially loved listening to this. he has to do a reading log for homework every night and was so excited to put this audiobook on there. we listened to it in pieces and he kept asking me to keep going. I loved the narration and loved listening to this with my son. I was voluntarily provided this free review copy audiobook by the author, narrator, or publisher.

This was a great collection of stories. They made me and my kids laugh even after hearing the story multiple times. I still chuckle about the word pictures that were painted by the author. The narrator added to the story with the British accent since many of the terms are from the UK. I highly recommend this book for those with grade school kids. It makes great belly laughs on long road trips.

enjoyed tho definitely not for my age group {50+}

first of several books out by this writer, have read all of them, bit different hearing it read professionally, as even when my computer reads to me it's a semi-robotic male brit, though was 4 attempts to try to get the free code to load right, the first time it signed me up for audible gold, but at least this time the audible program didn't lag like it was playing a massive rpg game or whatever, or stutter like a Mel Tillis impression, which it has done on quite a few of the books from here, maybe was 'lucky' day after so much junk from before, but not going to let it affect my rating of this cute book

loved it!!! that was the most adorable and honest book. Charlie sounds like fun and a lot of work at the same time. my son was the same way. definitely going to have the grandkids listen to this fantabulous book.

An excellent story, brilliantly narrated by the author's wife!

An excellent story, brilliantly narrated. Perfect book for kids young and old, making it ideal for bedtime stories, car journeys, quiet times and more. Cheeky Charlie is loved by myself and my family, and this audiobook - read by the author's wife - has made the stories even more popular!