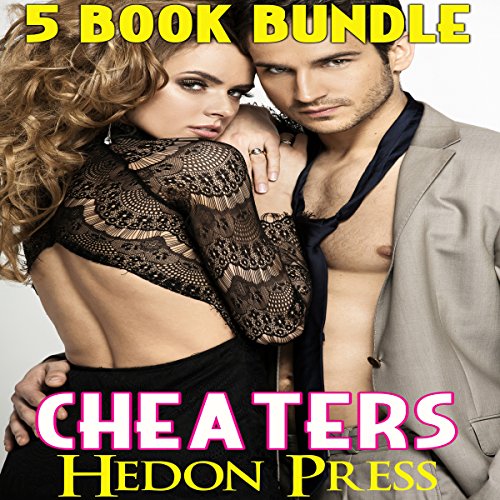 By: Hedon Press
Narrated by: Ruby Rivers
Try for $0.00

Five stories of sampling the forbidden fruit, all in one place!

How far would you go for revenge? Dominique catches her cheating boyfriend in their bed with another woman. She reacts in deadly fashion, ready to do away with them both. Cocked and ready to pull the trigger, she decides to hurt him in another way.

A soon-to-be married woman can’t stop thinking about her ex. Her big, ripped, gorgeous stud of an ex. She needs to see him again. One more day until the wedding, and her girls have her out partying. It only takes one good friend to realized she isn’t having as good of a time as she should be.

If he thinks taking a break includes screwing around unprotected, she figures two can play that game. With a little help from her friends, Viv tracks down one of her boyfriend's buddies - turns out he’s not that great of a friend, but he’s great in the sack!

Janice’s husband is overseas, but I’m here. He’s my brother, but I can’t resist his wife. She’s lonely. He’s gone so often. He can send home a paycheck, but there’s one thing he can’t do - the thing I want so badly.

Eddie is screwing around with his best friend’s girlfriend. She tells her boyfriend she’s going out with friends - and then goes out with his friend. To a motel. In the middle of the day. He knows how to hit it right.

This is five short stories about cheating on one's partner whether deserved or not. Ruby Rivers did a good job with the narration. I received this free copy audiobook at my request and have voluntarily left this review.