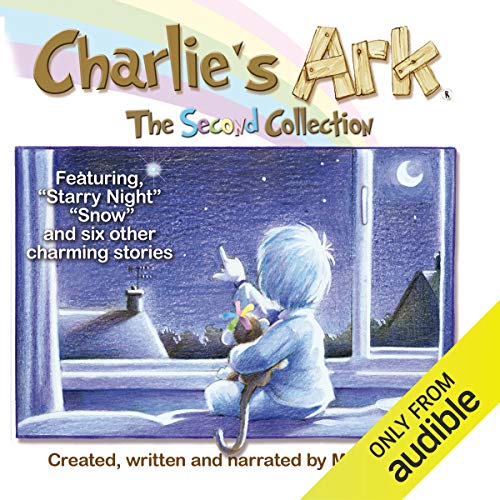 Charlie's Ark is about a five year old boy and his toy-box, in the shape of an ark, in which he keeps his many animals that all come to life in his Imagination (or do they?).

One never sees Charlie's face, or indeed that of his sister Sally, which adds to the air of mystery, and helps each child identify further with the characters. 'The Second Collection' features eight short stories, each wonderfully read by Mike Payne. It is the second audiobook of the first series of Charlie's Ark audio books.

What listeners say about Charlie's Ark: The Second Collection

One of our favorites.

Would you consider the audio edition of Charlie's Ark: The Second Collection to be better than the print version?

My 5 year old has been listening to this at least weekly since he was 3. It is so simply written and so well preformed with voice and music by the author that I don't mind listening to it...even when it has been on for hours.

The stories are short and sweet, with a simple lessons that do not feel lesson-y. The music is soothing, and the author has a pleasant relaxing voice.

Our only regret is that there aren't more of these stories. My little Charlie begs for more from this stories from this author.