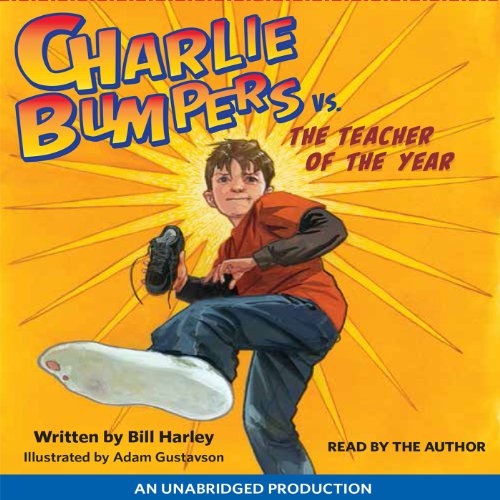 Charlie Bumpers vs. the Teacher of the Year

Shortly before school starts, Charlie Bumpers learns that he will have the strictest teacher in the whole school for fourth grade. It doesn't matter that she's been named Teacher of the Year. He's still afraid of her. Last year when he was horsing around in the hall, he accidentally hit her in the head with his sneaker (don't ask). How will he survive a year under a teacher who is just waiting for him to make another stupid mistake?

What listeners say about Charlie Bumpers vs. the Teacher of the Year

Bill Harley's storytelling performances are a family favorite. They appeal to both adults and children. That being said, I found the plot in this book very predictable and lacking in character. However, my boys (ages 7 and 9) love this book and want all the other books in the series. The books are clean and great for kids. Just don't listen in the car together because the adults might fall asleep and that would be bad.