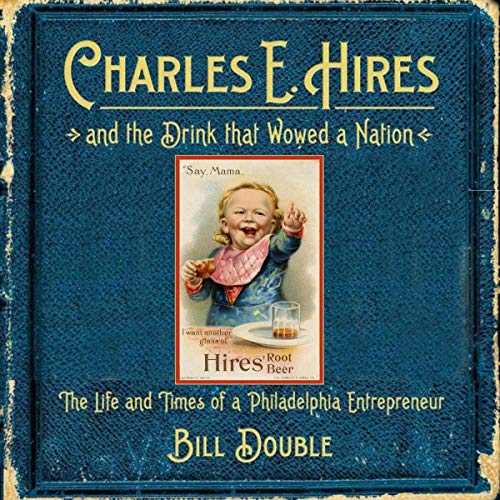 Charles E. Hires and the Drink That Wowed a Nation

By: Bill Double
Narrated by: Scott Carrico
Try for $0.00

Introduced at the 1876 Centennial Exposition and powered by an historic advertising campaign, Hires Root Beer - launched 10 years before Coca-Cola - blazed the trail for development of the American soft drink industry. Its inventor, Charles Elmer Hires, has been described as “a tycoon with the soul of a chemist.” In addition to creating root beer, Hires, a devoted family man and a pillar of the Quaker community, became a leading importer of botanical commodities, an authority on the vanilla bean. Starting from scratch, he also built one of the world’s largest condensed milk companies.

Charles E. Hires and the Drink That Wowed a Nation chronicles the humble origin and meteoric business success of this extraordinary entrepreneur. Author Bill Double uses published interviews, correspondence, newspaper reports, magazine articles, financial data, and a small family archive to tell this story of native ingenuity. Here, the rough-hewn capitalism of the gilded age, the evolution of the neighborhood drugstore, the rise of advertising in creating mass markets, and the emerging temperance movement all come together in a biography that, well, fizzes with entrepreneurial spirit.

"A must-read for anyone interested in the history of soft drinks and the era that spawned them. " (Mark Pendergrast, author of For God, Country and Coca-Cola)

"A refreshing, affirmative saga of capitalism at its best." (Anne Cooper Funderburg, author of Sundae Best: A History of Soda Fountains)

"The book is well-researched, insightful, and a good, fun read." (Pennsylvania Heritage)

What listeners say about Charles E. Hires and the Drink That Wowed a Nation