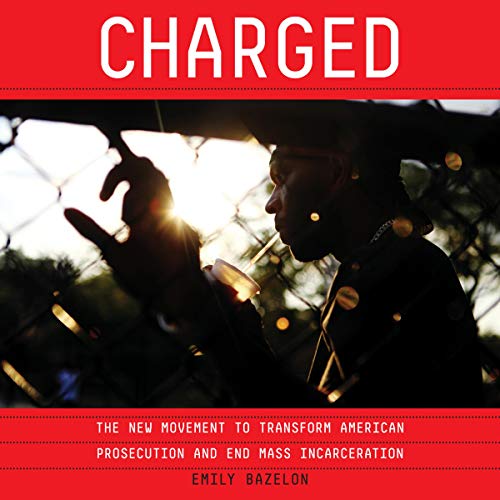 By: Emily Bazelon
Narrated by: Cassandra Campbell
Try for $0.00

A renowned journalist and legal commentator exposes the unchecked power of the prosecutor as a driving force in America’s mass incarceration crisis - and charts a way out.

“An important, thoughtful, and thorough examination of criminal justice in America that speaks directly to how we reduce mass incarceration.” (Bryan Stevenson, author of Just Mercy)

“This harrowing, often enraging book is a hopeful one, as well, profiling innovative new approaches and the frontline advocates who champion them.” (Matthew Desmond, author of Evicted)

The American criminal justice system is supposed to be a contest between two equal adversaries, the prosecution and the defense, with judges ensuring a fair fight. That image of the law does not match the reality in the courtroom, however. Much of the time, it is prosecutors more than judges who control the outcome of a case, from choosing the charge to setting bail to determining the plea bargain. They often decide who goes free and who goes to prison, even who lives and who dies. In Charged, Emily Bazelon reveals how this kind of unchecked power is the underreported cause of enormous injustice - and the missing piece in the mass-incarceration puzzle.

Charged follows the story of two young people caught up in the criminal justice system: Kevin, a 20-year-old in Brooklyn who picked up his friend’s gun as the cops burst in and was charged with a serious violent felony, and Noura, a teenage girl in Memphis indicted for the murder of her mother. Bazelon tracks both cases - from arrest and charging to trial and sentencing - and with her trademark blend of deeply reported narrative, legal analysis, and investigative journalism illustrates just how criminal prosecutions can go wrong and, more important, why they don’t have to.

Bazelon also details the second chances they prosecutors can extend, if they choose, to Kevin and Noura and so many others. She follows a wave of reform-minded DAs who have been elected in some of our biggest cities, as well as in rural areas in every region of the country, put in office to do nothing less than reinvent how their job is done. If they succeed, they can point the country toward a different and profoundly better future.

"Emily Bazelon’s new book about the American judicial system reads like two books. Both are crucial to understanding the wretchedness of the American criminal legal process, and both offer something missing from most other books about mass incarceration: hope. The first book in Charged grabs for the heart: It is a riveting page-turner about two criminal defendants and their prosecutors. The second one goes for the reader’s mind: It’s a lucid synthesis of the most important research on mass incarceration and an insightful analysis of the politics of law and order in the era of President Trump and Black Lives Matter." (The Washington Post)

"[Charged] achieves what in-depth first-person reporting should: it humanizes the statistics, makes us aware that every courtroom involves the bureaucratic regimentation of an individual’s life." (The New Yorker)

"Bazelon tells the tales of Noura and Kevin in rich, novelistic prose, which at its best puts one in mind of Adrian Nicole LeBlanc’s book Random Family.... This combination of powerful reporting with painstaking research yields a comprehensive examination of the modern American criminal justice system that appeals to both the head and the heart." (The New York Times Book Review)

What listeners say about Charged

For any fan of wrongful conviction podcasts

This is a deep dive, long form journalism type of book about the recent movement for reform in district attorney's offices across the US. Bazelon effectively humanizes the content by following the cases and outcomes of two young people from very different backgrounds caught up in the system. The outcomes of both may surprise you. This was never boring and did not seem to be overly biased, and was definitely well researched. I'm interested now to read further on the subject of justice reform and to see how I can support it as an average voter and citizen that does not work within the legal system.

Opened my eyes to what I already suspected but was unsure about, concerning the state of our court, bail, and prison systems. I believe we have to strike a balance between law and order and rights for the accused. Also limits to the power of prosecutors.

This is best book I've read in well over a year, on an incredibly important topic.

If you're curious about the thinking and the policies that brought us mass incarceration and ways to think about alternatives, I urge you to read this book!

As we explore more opportunities to improve justice, this excellent journalistic work makes the case for focusing on shifting the culture of prosecution from conviction to fairness. This includes reducing incarceration by allocating resources to developing alternatives, creating bodies for oversight of prosecutors to ensure their power is not abused and ensuring that people who enter the judicial system have a way out.

An excellent piece of journalism

This was an absolutely fantastic book on the role that prosecutors play in our criminal justice system, and how they can use that role more responsibly to restore a sense of fairness to that system. Cannot recommend enough.

So glad someone took the time to lay it out so clearly. Smart idea to follow cases. Hit kept me reading to see how they both came out.

This is an important book that details the unchecked power of prosecutors and its devastating effect on our criminal justice system and the safety of our communities.

MUST read for social justice

Bazelon artfully weaves the stories of the people she writes about with real policy ideas and solutions. While difficult to hear about, the dysfunction in our criminal justice system is laid bare in this book but also offers hope. It is an inspiration.

I was less thrilled with the reading, but got used to it as it went on.