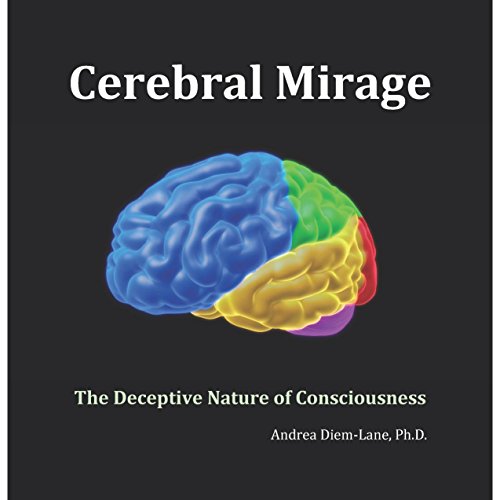 By: Andrea Diem-Lane
Narrated by: Wanda Dixon
Try for $0.00

One of the most significant discoveries of modern science is that the world we perceive around us is not as it appears. Rather, neuroscience, evolutionary biology, and quantum physics have demonstrated that our day-to-day reality is a relative construct built upon a scaffolding of information bits that betray their real origins and causations. For instance, the other day I remarked to my oldest son, Shaun, that the ocean water around Catalina Island looked exceptionally blue. But, given his deep knowledge of science, my son responded that such "blueness" was actually not in the water at all but had to do with how different light waves get absorbed and refracted. The colors we see are due to the spectral properties of light. The longer wavelengths of light (such as red, orange, and yellow) are more readily captured by H20 whereas the shorter wavelengths of light (such as blue) get refracted, and thus we see the color blue, particularly if the water is clear.

But the scientific explanation for why an ocean is blue or a sunset is red is precisely not how we tend to experience such at first glance. In other words, the way we apprehend the world around us is not necessarily how we later comprehend it through scientific analysis. And herein lies the great divide, the great deception, or what early Indian rishis insightfully called "Maya". We live in a magic land, where all that manifests and appears real and certain is anything but.

What listeners say about Cerebral Mirage: The Deceptive Nature of Awareness

can't get past narration!

I'm not even sure if the book is good I tried several times but the narrator is too hard to listen to. and im a patient listener!

Clarity for a deep subject

The author writes with clarity and beautiful prose explaining a difficult and intriguing topic. The narrator is pleasant to listen to. I enjoyed this audiobook immensely.