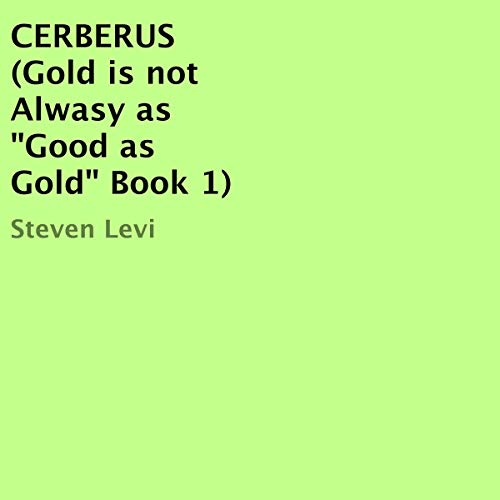 This is a crime and science fiction novel.

The book begins with the murder of the narrator. The bandits believe him to be dead so the largest mining company on the planet uses his apparent death as a cover to turn him into a secret agent. The planet, Cerberus, makes it money mining gold, and there is an unusual amount of high quality gold that is just appearing on the planetary market. That is driving the price of gold down, which is bad news for a planet.

If the price of gold goes down too far, the planet will go ghost. So the supposedly dead narrator has to infiltrate the rough-and-tumble space frontier town to find the people who are dumping gold onto the market and why - but only if he can survive the massive sea scorpions while he is perfecting his cover as a miner on the flatlands.