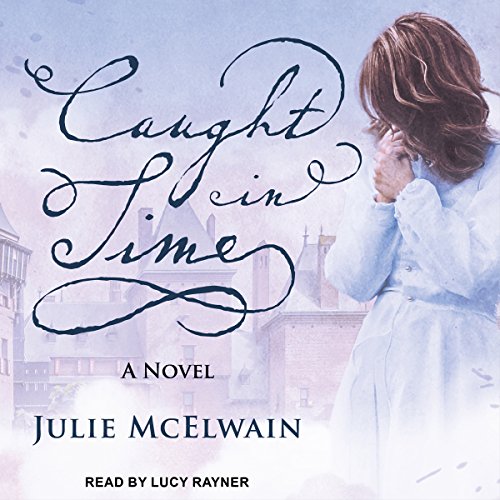 By: Julie McElwain
Narrated by: Lucy Rayner
Try for $0.00

Still stranded in 1815, FBI agent Kendra Donovan finds herself on the trail of a vicious murderer with a shocking secret.

October 1815: There is only one place Kendra Donovan wants to travel - back to her own time period in the 21st century. But since that's not happening, she agrees instead to travel with her new guardian, the Duke of Aldridge, to one of his smaller estates in Lancashire. Their journey takes them through Yorkshire, a region whose breathtaking beauty masks a simmering violence brought on by the Industrial Revolution, which pits mill owner against worker.

When Kendra and the Duke encounter a band of Luddites on a lonely, fog-shrouded road, the Duke informs the authorities in the nearby village of East Dingleford that mischief may have been done at the local mill. However, it isn't just mischief but murder that is discovered, when the body of the mill manager, Mr. Stone, is found brutally bludgeoned to death in his office.

What listeners say about Caught in Time

I quite enjoyed the story but found the narrator extremely irritating..Alec was bad, the Duke was awful, and the “narrator voice” was incredibly affected.

I know this can be considered a Romance but it feels more of a murder mystery with a lot of science and science fiction thrown in. I thoroughly enjoyed it. The fact that it’s the third in the series and still held as much of my attention as the first is saying much about J. McKlwain and her imaginative writing. Loved it and can’t wait for the next story in this series.

Fell in love with this series with the first book and this book was no disappointment. The author was able to tie the book in where it wasn't completely necessary to have read the first two books prior. Greatly enjoyed!

this series full of mystery and time travel never gets old! Can't wait to complete the series with book 4.and hope 5 is in audio version soon!

Another good installment to the series!

I’ve been a fan of this series since the first book! It was part of my library’s summer reading list and it was definitely a great choice. This book is no different.

Kendra is adjusting more to life in the 18th century. Somethings she still wrestles with but it’s growing on her. Reading about her adjustments, her struggles with maintaining a sense of self, and her feelings for Alex makes the book more real in a way. She genius but she she misses things. She’s knowledgeable about history but there’s so much she doesn’t know about this time period. So much that wasn’t included in any book she’d ever read and I love that about this book and the series overall.

I think my only criticism about the book is that I wish we got a little more Kendra and Alex. Otherwise, the book was a great read and I can’t wait for the next one!

l liked the storyline behind the serries.

I liked the story line behind the serries. this one has some twists an turns you might not expect.

I wish the narrator had narrated the majority of it with an American accent and then used the English accent for when the characters spoke.

Just gets better and better!!

As per my last two reviews, they still stand...okay at speed 1.25 and Lucy Rayner’s narration is superb!! There isn’t an accent she can’t do brilliantly or a character that she can’t bring to life...as for Julie McElwain, this book was the best yet with one hell of a twist at the end...living this series, please don’t stop writing them!! Such a great concept! Off to buy book four ;-)

I rarely find a narrator too difficult to listen to.

I should have listened to a sample before ordering this book. I found the narrator stopped me from enjoying the story. I have purchased the kindle book and will read it myself.