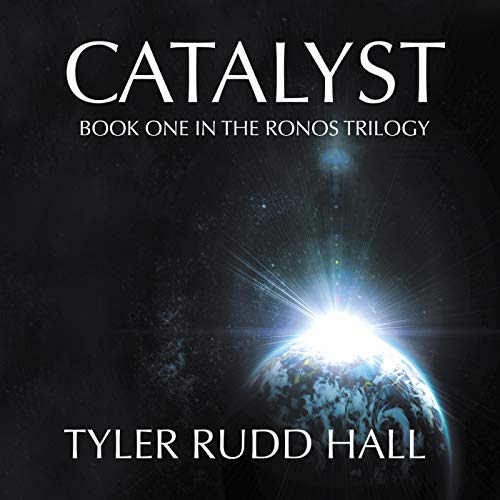 By: Tyler Rudd Hall
Narrated by: Todd Menesses
Free with a 30-day trial

The war on the edge of explored space has finally struck home.

Millions are killed when the city of Northgate is attacked by an alien ship. Mac Narrad is lucky to be alive. But while looking for his family in the rubble he discovers an awful truth. The attack may have been faked by the military to gain control of the population.

His quest for the truth leads him to the mysterious planet of Ronos, a secret planet hidden by Earth's military. A planet full of life, beauty, and a potential that could alter the course of humanity.

What listeners say about Catalyst