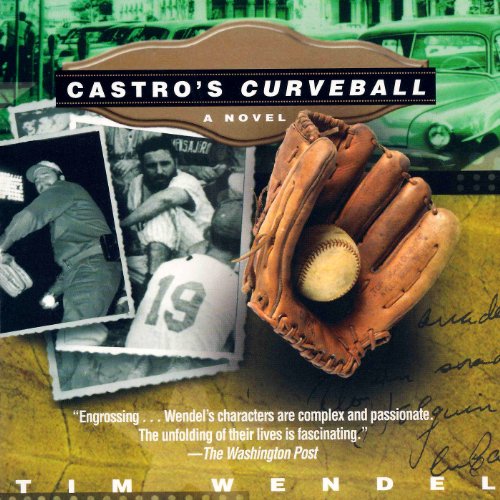 By: Tim Wendel
Narrated by: Mark Delgado
Free with a 30-day trial

The story of a young Fidel Castro choosing between politics and a promising baseball future.

Recently widowed and now retired, Billy Bryan is "coming to the end of many things". Then a long-forgotten scrapbook stirs memories of a distant past - and beckons him and his grown daughter on a reluctant journey to relive his role in history. In 1947 Bryan was playing winter ball in Cuba, his future as uncertain as the island country’s. Then one fateful night Bryan witnessed a young student radical named Fidel unleash an amazing curveball. So begins Bryan's tug-of-war with destiny.

What listeners say about Castro's Curveball