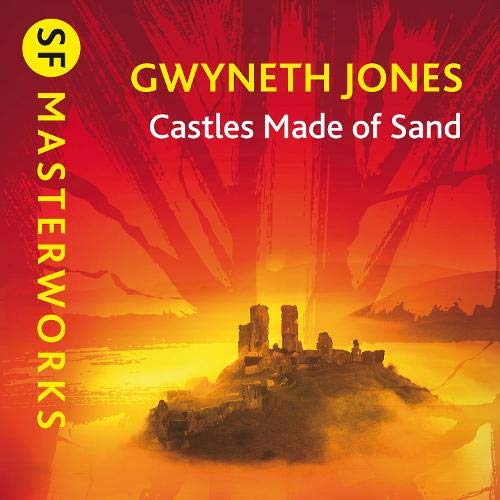 Castles Made of Sand

By: Gwyneth Jones
Narrated by: Mel Hudson
Try for $0.00

The Bold as Love series is a world of daring, dread and enchantment, a world that could almost be ours: a brilliant combination of myth, magic and pop culture.

Ax Preston, Sage Pender and Fiorinda, charismatic leaders of the Rock-n-Roll Reich, have beaten the cascade of disasters that followed the collapse of the former United Kingdom. Now they have to find some resolution to the impossible dynamics of their own relationship, while the world keeps falling apart. There are fearsome things going on in England's rural hinterland, and in Continental Europe the Green Nazis are planning a final solution to desperate environmental damage. But there's nothing the Triumvirate can't handle - until Fiorinda's father, a monster of the kind the world has never before known, reaches out to reclaim his magical child, the flower-bride.

And that's when darkness falls over Ax's England....

Harrowing and enchanting - a dark fairy tale with an epic sweep, set in a world very like our own.

What listeners say about Castles Made of Sand