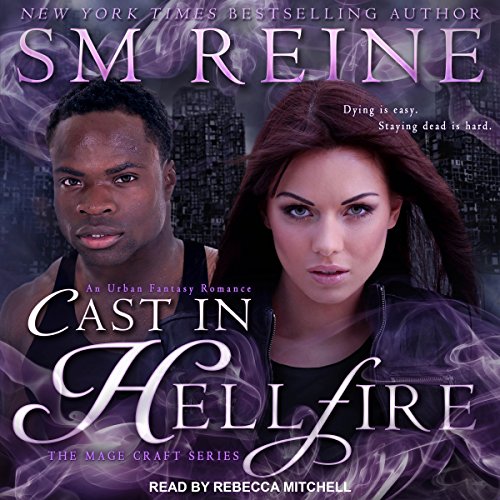 By: SM Reine
Narrated by: Rebecca Mitchell
Try for $0.00

Marion Garin is the teenage daughter of Metaraon, the former Voice of God. Now she's also the steward of the Winter Court, which has been in anarchy since a revolution five years earlier.

The problem: Marion still doesn't remember anything that happened before two weeks ago.

Seth Wilder has a lead on her memories - whoever stole them and sold Marion's essence to a demon lord in Sheol. Marion wants to help steal them back, even though that means abandoning the Winter Court to war. And Seth can't seem to tell Marion no.

He wants Marion nearby. Very nearby. Possibly in his teeth. See, Seth has this little problem where he's developing a killing urge, and it seems to be centered primarily on the half-angel girl who adores him. It conflicts with everything Seth believes himself to be: a moral man, a doctor who heals instead of hurts. Yet he's obsessed with Marion. She wants her memories, and he wants her to have them as much as he wants her blood.

What listeners say about Cast in Hellfire

I'm really tired of marions docile ways. If it continues I will dump this series.