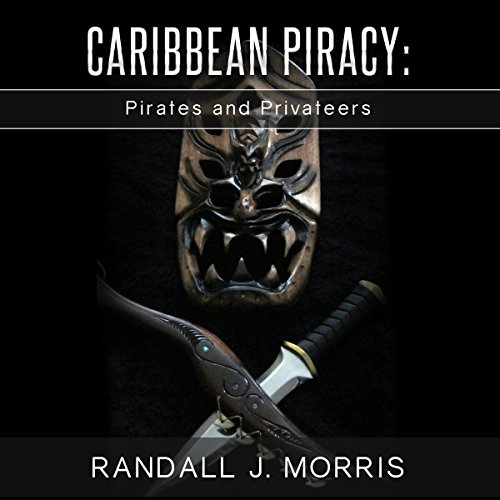 By: Randall Morris
Narrated by: Ronald Clarkson
Try for $0.00

The 16th and 17th centuries saw the emergence of a new threat to government and organized society. Privateers and pirates raided along the coast of powerful countries and were, at times, at war with England, France, and Spain. They developed their own system of rules, a code of morality, and a very rough form of government. Pirates were eventually able to organize behind a captain who eventually would become like a governor with judicial power over all the pirates and control over settlements taken by the pirates in raids.

What listeners say about Caribbean Piracy: Pirates and Privateers

interesting facts about pirates and piracy

So I learned some interesting facts about pirates and piracy and gained a new appreciation for the era and the pirates place in it.

Would you try another book from Randall Morris and/or Ronald Clarkson?

What was most disappointing about Randall Morris’s story?

At least I could hear and understand it.

Far too short. Dull monotone narration. Nothing here that you can't learn for free in a few minutes on Wikipedia.