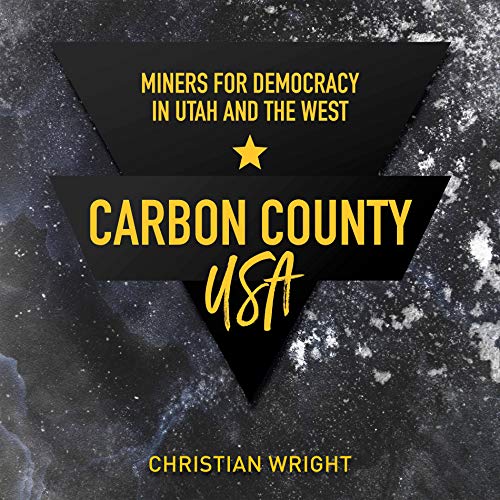 By: Christian Wright
Narrated by: David K. Aycock
Try for $0.00

Although unions are by no means entirely gone or lacking in lobbying power, their membership in traditional industries is on the decline and their influence continues to diminish. Only a generation ago, large unions such as the United Mine Workers of America held greater political and economic capital and inspired millions beyond their immediate ranks.

In this book, Christian Wright explores the complex history of the UMWA and coal mining in the West over a 50-year period of the 20th century, concentrating on the coal miners of Carbon and Emery counties in Utah. Wright emphasizes their experience during the 1970s, which saw the rise and passing of American workers’ most successful postwar effort to internally reform a major labor organization: the Miners for Democracy movement.

As Wright details how and why Miners for Democracy and nonunion mining raced to control coal’s future, he also touches on the UMWA’s regional origins during and immediately after the New Deal, when cracks in union efficacy and benefit programs began to appear. Using sophisticated demography, Wright not only details how miners’ racial, gender, and generational identities shaped their changing relationships to mining and organized labor, he also illustrates the place of nonunion miners, antiunion employers, the unemployed, ethnic minorities, and women in transforming “Carbon County, USA.”

Drawing on a variety of primary sources, Wright provides evidence for organized labor’s continuing significance and value while effectively illuminating its mounting frustrations during a relatively recent chapter in the history of Utah and the United States.