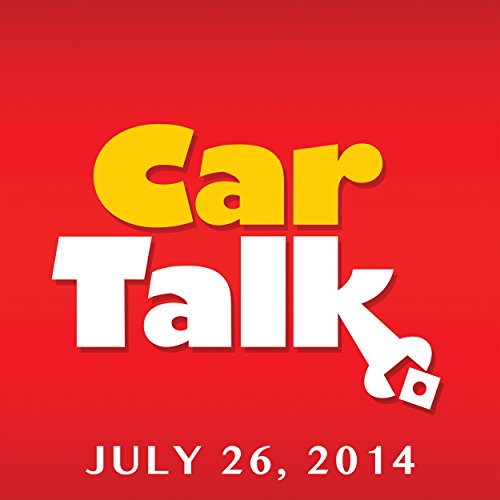 This week on Car Talk, do two people who don’t know what they’re talking about know more or less than one person who doesn’t know what he’s talking about? Andy thinks Tom and Ray’s recent "pas-de-deux of breath-taking speculation" on electric brakes may have answered this question definitively.

Elsewhere, Evan’s son stuffed a golf ball into her car’s exhaust, and she worried it may land a hole-in-one right in the middle of her engine; Christine can’t evict a colony of ants living in her car’s headliner; and Todd’s noisy truck gives Tom a chance to re-live his Army days with the long-suffering Sgt. McNeeley.

Also, one listener’s proposal to re-arrange the days of the week—it’s brilliant, even if it does leave us with five Tuesdays. All this and lots more, this week on Car Talk. [Broadcast Date: July 26, 2014]

Want to hear more Car Talk?
Subscribe for one month or 12 months.
Get the latest issue.
Check out the complete archive.
©2013 Dewey, Cheetham, and Howe