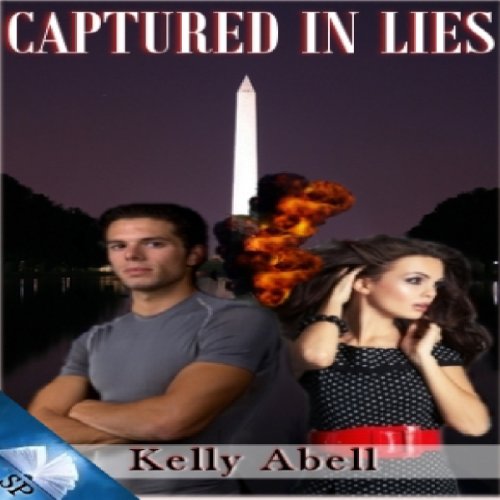 By: Kelly Abell
Narrated by: Michelle Miller-Day
Try for $0.00

In Book Two of the In Lies Series, Jack and Caroline are faced with insurmountable odds and we get to meet sexy Bomb Squad Commander Dane Kendrick. Dane will become embroiled in Jack’s tumultuous life and meet his beautiful sister, FBI Agent, Lucy Chavez. Although they meet under less than ideal circumstances the sparks fly leading to explosive passion.... Listen to hear what’s in store in Captured In Lies...

Just before Thanksgiving and after a passionate honeymoon in the Caribbean, Jack and Caroline Weaver return home to D.C. to start their new life together. Approaching their house Jack’s cell phone rings and the violent explosion that follows will change Jack’s and Caroline’s lives forever. The Emperor is back and he wants revenge.

Jack, reeling from what has just happened to the love of his life, is anxiously awaiting word from the doctor when he gets another call. The relentless Emperor now has Lucy, Jack’s sister, strapped to a bomb, somewhere in the city and in order to find her he must play a deadly game of scavenger hunt. The stakes are upped even higher when The Emperor places another bomb in Boston knowing that the sexy ex-SEAL with the maverick reputation can’t be two places at once. How can Jack find his sister, keep his wife safe, and stop the destruction of American lives?

Jack will be forced to trust a former military comrade, hunky Bomb Squad Commander, Dane “Boomer” Kendrick. Dane must go after Lucy while Jack heads to Boston. When Dane locates Lucy and arrives on the scene there is an instant attraction, despite the fact she is set to explode in less than 3 minutes. Can Dane and Lucy defuse the bomb and save Lucy’s life? What about defusing the passion that begins to grow between them? Will Jack be able to stop the deaths of innocent Americans without losing those most precious to him? It’s hard to know who to trust if you’re Captured in Lies.

What listeners say about Captured in Lies

Again with the amazing action filled HOT HOT HOT Navy Seal Jack and his strong, sassy, and sole searching Caroline. I love the depth of the characters. Bonus, this action novel also includes a SEXY Bomb investigator, former Marine, "Boomer" Dane, and a strong, smart, determined, Lucy. With bad guys we hate (booooo) it's a strategic game of wits. I've chewed off my fingernails and lost some sleep as I could not put this book down, but it was sooooo worth it! Wonderful banter, some very hot kisses and more. Blushing... I Loved loved loved this book! A must read series!